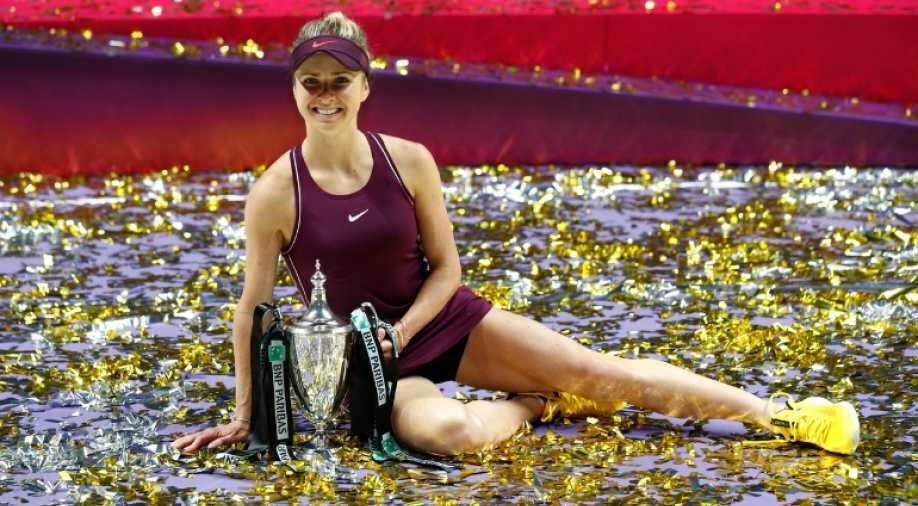 Elina Svitolina celebrates with the trophy after winning the singles final against Sloane Stephens. Photograph:( Reuters )

Svitolina had arrived in Singapore woefully out of form, but the baseliner gathered momentum as the tournament progressed, winning all three pool matches and semi-final before subduing a fast-starting Stephens.

Elina Svitolina stretched every sinew in a brilliant display of defensive tennis to register the biggest win of her career as she rallied for a 3-6, 6-2, 6-2 triumph over Sloane Stephens in an enthralling WTA Finals title decider in Singapore.

Ukrainian Svitolina had arrived in Singapore woefully out of form, but the baseliner gathered momentum as the tournament progressed, winning all three pool matches and semi-final before subduing a fast-starting Stephens.

Stephens, who looks deceptively casual but possesses supreme speed and athleticism, settled the quicker and moved 3-0 ahead before going on to take the opening set with relative comfort.

I am incredibly happy to end the season with a victory at @WTAFinalsSG 💥 Many thanks to those who trusted in me!💙💛 pic.twitter.com/s0th1bMm6b

It was Svitolina's turn to make the initial breakthrough in the second set when she capitalised on untidy play from Stephens to edge a break ahead, and she broke twice more to send the match to a decider.

The world number seven was dictating terms as a leaden-footed Stephens struggled to match Svitolina's relentless pace, and the Ukrainian broke three times once more to see off the American.

Svitolina's triumph was her 13th victory in 15 finals and should fill her full of confidence as she looks to make a Grand Slam breakthrough in 2019.