'El Clasico' not so classic: Other times the referee got it wrong 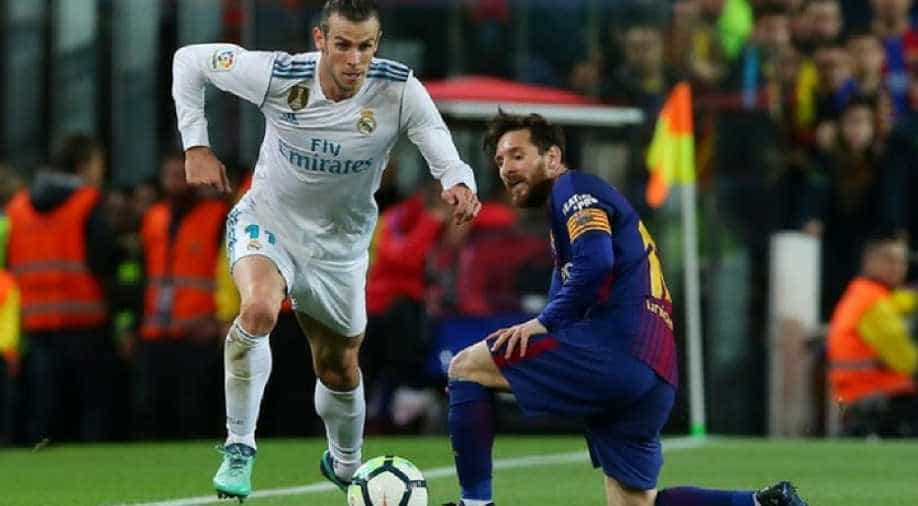 Despite the fact that Barcelona already won the La Liga title, the normal league match saw a total of 28 fouls, eight yellow cards and a red card. Maybe this is the reason why El Clasico is the most celebrated rivalry worldwide.

Other than the two teams, the referee Hernandez Hernandez is being criticised for ignoring several fouls that could have changed the result.

Barca striker Luis Suarez scored the first goal and gave a 1-0 lead in the 10th minute which was equalised just after four minutes by Portugal star Cristiano Ronaldo.

In the second half, Lionel Messi scored a stunner to give 2-1 lead but Madrid's forward Gareth Bale lashed home to deny La Liga champions a victory.

The match concluded with several controversies with both the teams playing a rough game.

Barca mid-fielder Sergio Roberto was given a red card for his unacceptable encounter with Marcelo.

Apart from verbal altercations and deliberate fouls, there were few incidents which referee ignored or missed completely and now they are being highlighted.

Ramos: “Knowing Luis Suarez, I made clear that we wouldn't put the ball out of play.” [Marca] pic.twitter.com/m1yrt0Np4p

In the 52nd minute, Luis Suarez made a clear foul while tackling Real's defender Varane but was somehow ignored by the referee. The tackle resulted positively for Barca as Messi took advantage of the pass and scored in the extreme left of the net and stunned Real's goalkeeper Keylor Navas.

how is this not a foul ladies and gentlemen #ElClasico pic.twitter.com/8dxvjMaEZH

Jordi Alba grabbed Luka Modric by his neck which went unnoticed and Alba easily got away.

Who does he think he is?? You can't grab Luka Modric by the neck!!! pic.twitter.com/JK85wmpzyS

Also, a penalty by Jordi Alba was snubbed by a foul whistle that narrowed the Real chances to win the match when he pushed Marcelo. His spat with Marcelo also went unseen.

Robbery Part 2: Ask any football fan, This is 100% Penalty and a straight Red Card for Jordi Alba. pic.twitter.com/isbFYGGLX4

Barcelona had their best chance when mid-fielder Ivan Rakitic was heading towards the goal but was given an invalid offside.

The list of incidents reflects on the urgent need of Video Assistant Referee (VAR) in extremely intense matches such as "El Clasico."

T10 format is thrilling and exciting, suits me: Kieron Pollard