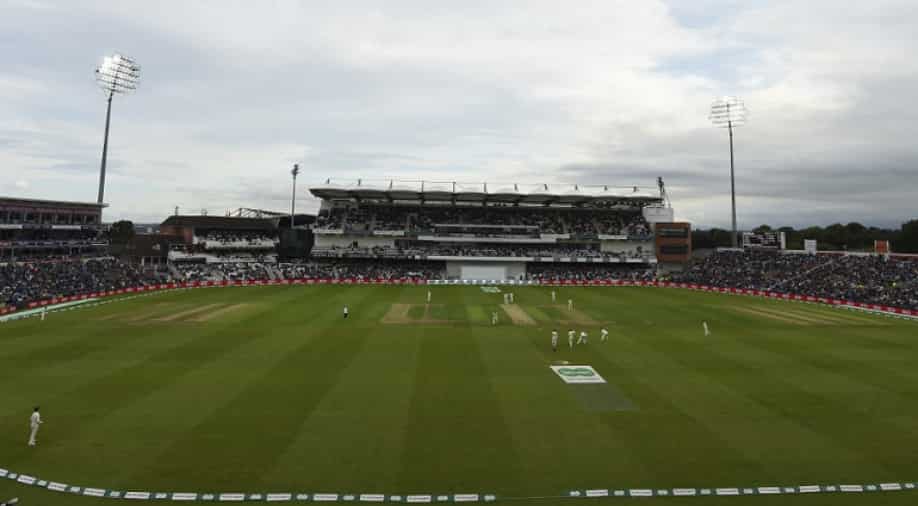 Yorkshire County Cricket Club (YCCC) have been suspended from hosting international or major matches over their handling of allegations of racism by former player Azeem Rafiq, the England and Wales Cricket Board (ECB) said on Thursday.

Rafiq, a player of Pakistani descent and a former captain of the England Under-19s, said last year he was made to feel like an outsider at Yorkshire and contemplated taking his own life.

"It is clear ... that YCCC`s handling of the issues raised by Azeem Rafiq is wholly unacceptable and is causing serious damage to the reputation of the game," the ECB said in a statement.

"The ECB find this matter abhorrent and against the spirit of cricket and its values."

Yorkshire batsman Gary Ballance, who said on Wednesday that he had used racist language towards his former teammate Rafiq, has also been indefinitely suspended from England selection.

"Before any regulatory investigation is complete, the Board wishes to take immediate action in relation to Gary Ballance," the ECB said.

"While Mr Ballance has not been selected to play for England since 2017, he will be suspended indefinitely from selection. This position will be reviewed following the ECB regulatory investigation into his conduct."

The ECB said it would hold Yorkshire to account over their handling of the matter and consider sanctions including but not limited to financial and future match allocations at the end of its investigation.

"In the meantime, YCCC are suspended from hosting international or major matches until it has clearly demonstrated that it can meet the standards expected of an international venue, ECB member and First Class County," the ECB said.

Reuters has contacted the club, whose Headingley stadium is used regularly for England`s test and limited overs matches, for comment.

Several sponsors have ended their partnerships with Yorkshire following an independent report into allegations of racism made by Rafiq, with Nike saying on Thursday that it has cancelled a four-year deal that was signed in March.

"Nike will no longer be the kit supplier for Yorkshire CCC. We stand firmly against racism and discrimination of any kind," Nike said in a statement reported by British media.

Emerald Group Publishing, Yorkshire Tea and Tetley Bitter, among others sponsors, have also said they will end their relationships with the club.

Yorkshire said last month that they would not take action nL1N2RO1Q9 against employees, players or executives following the report, which found Rafiq had been a victim of racial harassment and bullying in his first spell at the county from 2008-14.

The 30-year-old Rafiq and senior Yorkshire executives have been called to give evidence before a parliamentary Digital, Culture, Media and Sport (DCMS) panel on Nov. 16.

DCMS Committee Chair Julian Knight said in a statement on Thursday that the punishment meted out by the ECB was overdue.

"The ECB’s action in taking international cricket away from Yorkshire should act as a short, sharp shock to bring the club to its senses.

"Like the rest of us, I imagine the members of Yorkshire County Cricket Club will be questioning why the board is still in place."

Former Yorkshire and England captain Michael Vaughan has revealed that he was named in the YCCC report but "totally denies any allegation of racism".

Vaughan said he was alleged to have told Rafiq and two other Asian players as they walked onto the field together that there were "too many of you lot, we need to do something about it".

"It is clear that Azeem has endured a lot," Vaughan wrote in a column for The Daily Telegraph. "It is not only right but essential that his experiences and his perspective are heard. There are unquestionably lessons to be learned.

"Yorkshire have dealt with this terribly. It is a good cricket club and ... I hope I can be part of the movement to rebrand the club and people will eventually look back on this time and say it changed for the better."