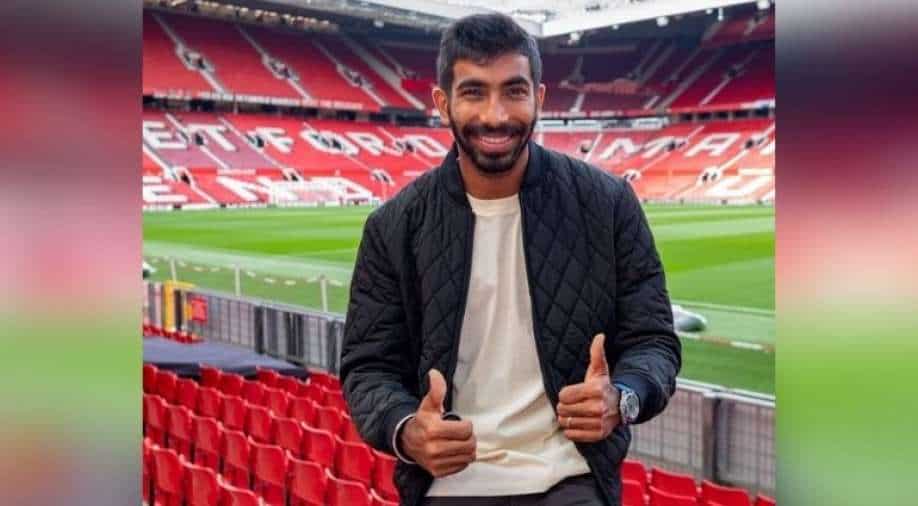 Old Trafford, nicknamed 'The Theatre of Dreams', is the home of Premier League club Manchester United and has a capacity of over 74,140 seats

India's star pacer Jasprit Bumrah has taken time off ahead of the T20 World Cup, which is scheduled to start on October 17. The Virat Kohli-led Team will start its campaign with a heavyweight clash against Pakistan on October 24 in Dubai.

Enjoying quality time in the United Kingdom with his wife Sanjana Ganesan, the Mumbai Indians player Bumrah gave a sneak peek into his vacation as he shared some pictures from the iconic football stadium Old Trafford.

Old Trafford, nicknamed 'The Theatre of Dreams', is the home of Premier League club Manchester United and has a capacity of over 74,140 seats.

Bumrah's pictures were shared by the official Instagram handle of Man Utd with a caption: "Great to see you at #OldTrafford, @JaspritB1". Taking to its comment section, Mumbai Indians wrote, "A Dream Bowler at the Theatre of Dreams!"

See all the images here:

Bumrah is part of Team India's squad for the upcoming showpiece event in Dubai. The tournament was scheduled to be held in India but the COVID-19 situation in the country forced organisers to shift it to the United Arab Emirates and Oman.

Just a few days before the kick-off, India tweaked its squad as Shardul Thakur has been added to the 15-member squad as he replaced Axar Patel, who will now be on the list of standby players.