'Don't worry, I am inside the crease': Jos Buttler reacts as RR sign R Ashwin at IPL 2022 mega auction 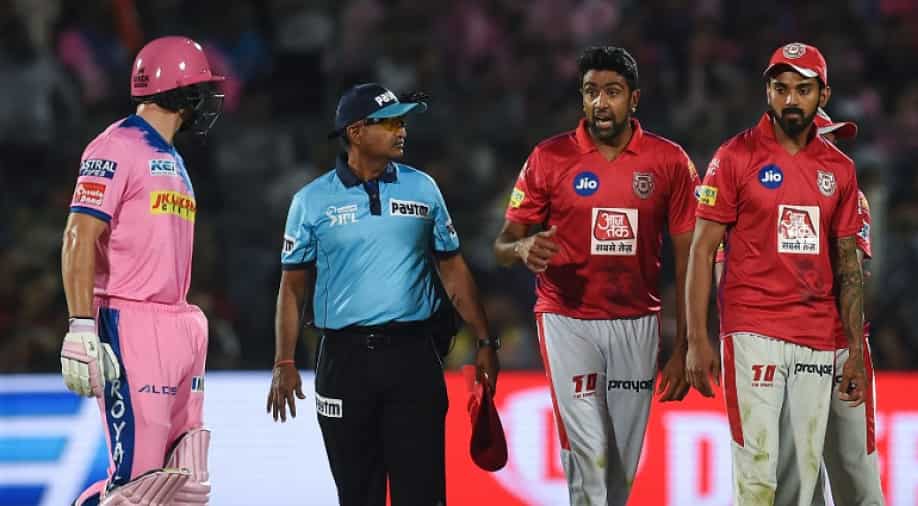 England batter Jos Buttler came up with a hilarious reaction as Rajasthan Royals roped in Indian off-spinner R Ashwin during the IPL 2022 mega auction on Saturday.

Rajasthan Royals (RR) made their first signing at the Indian Premier League (IPL) 2022 mega auction in the form of Indian spinner R Ashwin on Saturday (February 12). Ashwin was roped in by the franchise for a sum of Rs 5 crore (INR 50 million) making the move one of the talking points of day 1 of the mega auction.

Ashwin, who has played for Chennai Super Kings, Rising Pune Supergiants, Punjab Kings and Delhi Capitals so far in his IPL career, will be donning the RR jersey in the upcoming season. Soon after Ashwin was bought by RR, social media flooded with reactions as the off-spinner will now share the dressing room with England batter Jos Buttler in the IPL.

Ashwin had mankaded Buttler in IPL 2019 and it was believed the duo didn't share a great rapport between them after the infamous incident. However, both Ashwin and Buttler have welcomed the prospect of playing together from the upcoming IPL season.

In a video reacting to his move to Rajasthan Royals, Ashwin had said he was looking forward to sharing the dressing room with Buttler. The England batter has now responded to Ashwin's message in a hilarious video shared by Rajasthan Royals.

"Hey Ash, Jos here. Don't worry, I am inside the crease. Can't wait to see you in pink for the Royals. Look forward to sharing a dressing room with you. Halla Bol," Buttler said in the video.

To Ash, with love

Rajasthan Royals CEO Jake Lush McCrum also opened up on the Mankading incident from IPL 2019 and revealed he had a discussion with Buttler prior to the mega auction to inform the England batter that the franchise was planning to go for Ashwin. Buttler told the franchise he was absolutely fine with having Ashwin in the squad.

"We spoke to Jos prior to the auction, and just talked through all of our prioritisation of players. Honestly, he didn't even think about it (the incident). I had to sort of bring it up to just check it was okay. And he said 'it's absolutely fine'," RR CEO Jake Lush McCrum had said.