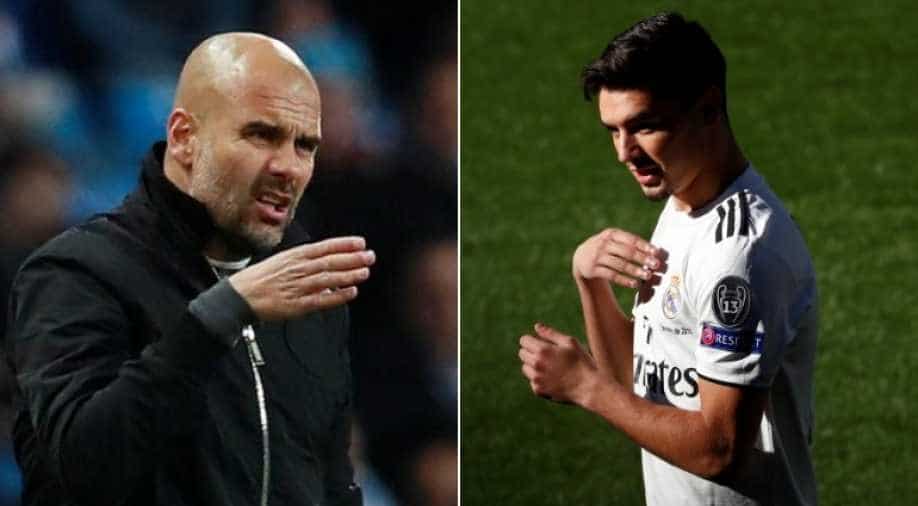 Manchester City coach Pep Guardiola has defended his side's youth development record after academy graduate Brahim Diaz left for Real Madrid, saying he only wants to work with players who are committed to the club.

The 19-year-old Diaz completed a move to the Spanish capital on Monday, following in the footsteps of English winger Jadon Sancho, who left City in 2017 for Borussia Dortmund to make a huge impact in the German Bundesliga.

City failed to keep both players at the Etihad Stadium due to a lack of first-team opportunities but Guardiola said youngsters must be patient if they are to make a breakthrough at any of the Europe's elite clubs.

"They win the opportunity (to play) on the field but you have to take a look at all the big clubs in Europe how many young players are in the first team," Guardiola told a news conference ahead of City's League Cup semi-final first-leg against Burton Albion on Wednesday.

"The young players need time. David Silva, for example, was loaned to others before he became what he is right now, before he came us. Some have patience, some trust what the club want to do, and some don't."

England under-21 playmaker Phil Foden committed his long-term future to City last month, having received a public backing from Guardiola this season.

"Like I said many times, I don't want people that don't want to stay here," the Spanish coach added.

"We did with Brahim everything we have done with Phil (Foden) and with Jadon - important players and we did absolutely everything. The only one who decides to stay is Phil."

Foden is set to feature against Burton with Guardiola having almost his full squad available to cope with the demands of the Premier League and domestic cup competitions this month.

Guardiola said French full back Benjamin Mendy, who is on the sidelines with a knee injury, could return to first-team action in two-to-three weeks.

City will return to league action against Wolverhampton Wanderers on Monday as they continue to chase Liverpool, who are four points clear at the top of the table.