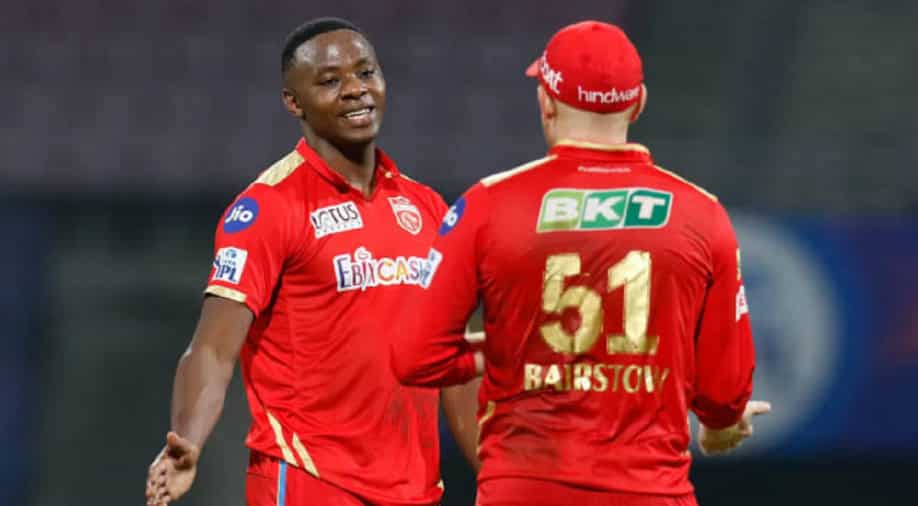 Kagiso Rabada has made a bold prediction for his Punjab Kings teammate. | Photo - IPL | Photograph:( Others )

South African pacer Kagiso Rabada has made a bold prediction for one of his Punjab Kings teammates, who he feels is going to play for India soon.

Punjab Kings (PBKS) assembled a quality squad at the Indian Premier League (IPL) mega auction ahead of the 2022 season earlier this year but failed to go the distance. They roped in the likes of Shikhar Dhawan, Jonny Bairstow, Liam Livingstone and Kagiso Rabada among others to bolster their squad but ended up falling short once again as they failed to even make it to the playoffs under new captain Mayank Agarwal.

While they invested heavily in experienced campaigners, PBKS also bought some talented youngsters to strengthen their squad. One of the youngsters who impressed for the franchise in the recently-concluded IPL 2022 was Jitesh Sharma. The wicket-keeper batter showcased his explosive batting prowess in the lower-middle order and played some good finishing cameos for the team.

He was one of the regular features in the playing XI after making his debut for Punjab Kings and finished the season with 234 runs from 12 matches for his team striking at an impressive 163.64. Impressed with his batting exploits, former India batter Virender Sehwag had said Sharma deserved a spot in India's T20 World Cup 2022 squad as a backup keeper.

However, it's not just Sehwag who has backed the youngster to do well in the future. Sharma revealed his PBKS teammate Kagiso Rabada told him that he will play for India one day. The South African pacer even requested Sharma not to smash him when they come up against each other in international cricket.

"After the last match, Kagiso Rabada called me up, asked me to sit beside him and said 'do you think you can play for India?'. I said 'KG, I don't think about the future. I try to focus on every match, taking it one match at a time and concentrate on every single day.' He said 'I think, in a few years, I'm going to bowl to you in international cricket, just don't smash me'," said Jitesh on Instagram show 'Say Yash to Sports'.

Sharma certainly possesses brilliant hitting abilities down the order and proved to be an asset for Punjab Kings in the tournament as he played some useful knocks. He will be hoping to continue his stellar run for the franchise next season.