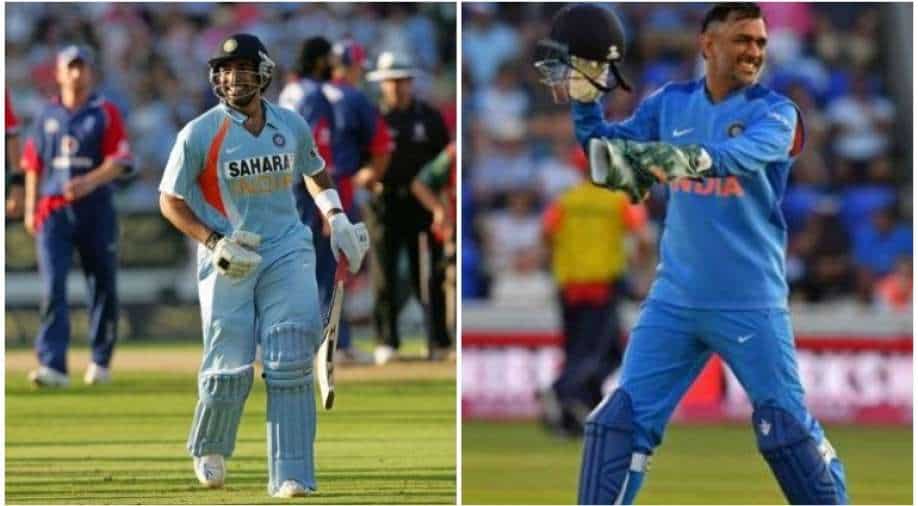 Under MS Dhoni, Team India won the inaugural edition of the T20 World Cup in South Africa by beating Pakistan in the final. Robin Uthappa recalled Dhoni's epic move during the virtual quarter-final match vs the Proteas.

Not many had hopes from MS Dhoni-led Team India when they commenced their journey in the inaugural T20 World Cup, in South Africa in 2007. However, Dhoni & Co. created history and stunned the cricketing fraternity by winning the inaugural title, beating Pakistan in the tournament-finale in Johannesburg on September 24.

The Men in Blue defeated the likes of England, South Africa, Australia and Pakistan (twice) to be crowned as the T20 WC champions in the 2007 edition and will now hope to win their second title when the upcoming T20 World Cup starts in the UAE, from October 19.

Ahead of the mega event and IPL 14's final leg, in the UAE, Chennai Super Kings (CSK)'s Robin Uthappa recalled a master move from Dhoni during the 2007 T20 WC clash between India and South Africa. Both sides had locked horns in the Super Eight stage, which was a virtual quarter-final, where India beat the Proteas by 37 runs to book a place in the semis.

Recalling how Dhoni planned Graeme Smith's dismissal, Uthappa told on the 22 Yarns With Gaurav Kapoor podcast recently, "Just the ball before (Graeme Smith's dismissal)... , MS Dhoni moved (Dinesh) Karthik from third slip to a fielding position between fourth slip and gully. The very next ball the DK took that catch. It's nuts. I don't know how he(MS Dhoni) does that. I think he is one guy who is truest to his instincts."

Uthappa also spoke regarding the last over of the 2007 T20 WC, where Joginder Sharma defended 13 runs versus Pakistan to lead India to a memorable win. "The choice was between Joginder Sharma and Harbhajan Singh for the last over. At the time, Joginder put his hand up, and MS also backed his instinct and gave the ball to the one who wanted to bowl. That's what Mahi did the whole tournament, he just backed his instincts. Joginder was obviously nervous."

"Sreesanth had astigmatism and the lens we got in 2007 wasn't of great quality at that time. We were just hoping that Sreesanth wore his lens as he used to drop catches when not wearing. But it was all destiny, the way he took that catch," he added.

Talking about the forthcoming T20 WC, Virat Kohli-led India will be eager to replicate the 2007 success and lead the country to their second title in the shortest format. India are placed in Group 2, along with Pakistan, New Zealand, Afghanistan and two other teams who will join from the qualifiers. In addition, Dhoni will join the Indian team as the mentor for the showpiece event.