'Do you think you're funny?': Nick Kyrgios has a meltdown at Murray River Open 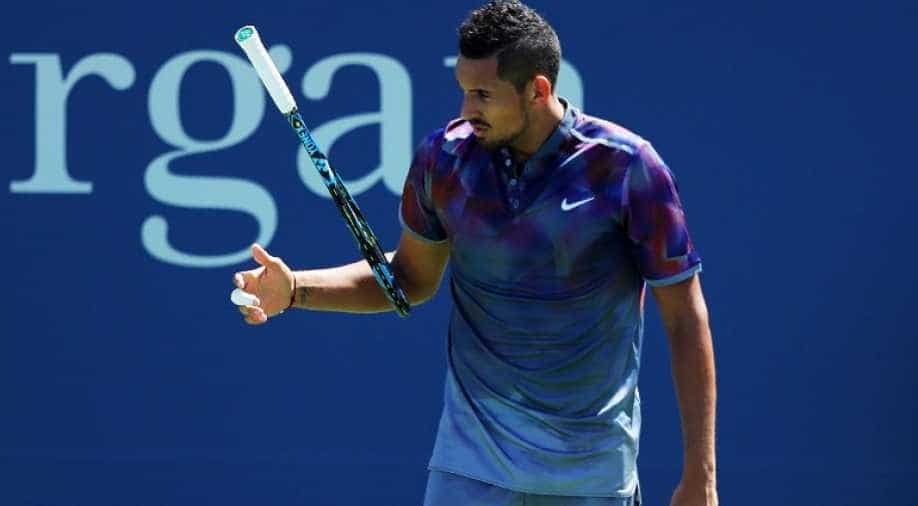 Kyrgios, who went on to win the match, said that he was unhappy with the umpire's decision and claimed that he had already begun his service motion.

Australian ace Nick Kyrgios on Wednesday had a meltdown during an argument over a time violation while serving at the Murray River Open.

The outspoken Australian, who was leading the match against Harry Bourchier (6-2, 5-5 at that point), walked up to umpire Nacho Forcadelle declaring: "I'm not playing, sorry mate."

Kyrgios, who went on to win the match, said that he was unhappy with the umpire's decision and claimed that he had already begun his service motion.

"It's like you're just doing it to be funny," he fumed at the umpire. "Do you think you're funny?"

He demanded the match supervisor be called, telling the chair official: "When will you guys realise it's not about you. You're just an extra for all of us."

Kyrgios' opponent Bourchier suggested the Aussie to get on with the game, where Nick said: "I want to talk about it now. I've lost enough money to these peanuts."

"And I just didn't want to play until I was sure I wasn't going to get fined because the ATP are pretty rough all the time, they fine me so much money."

Kyrgios is known for having such meltdowns during the match, for which the Australian has been fined several times. He is also playing his first tournament in a year after a wrist injury and then the coronavirus pandemic brought his 2020 season to a halt.

His win set up a clash next against Croat Borna Coric.