Djokovic beats Nishikori to set up top-dog tussle with Murray 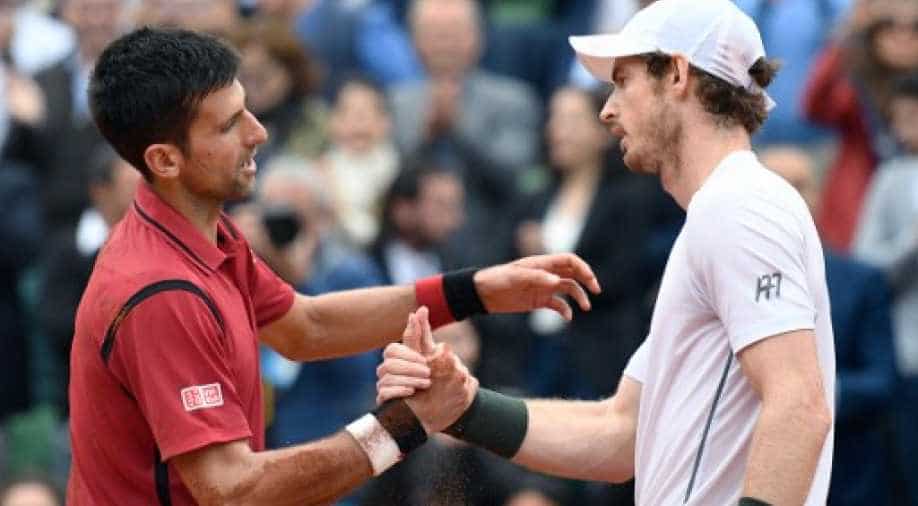 The winner in Sunday's final between Andy Murray and Novak Djokovic will decide who will end the year as world number one. Photograph:( AFP )

Sunday's winner between Djokovi and Murray will determine who will finish the year as the world number one.

Murray has his dog in the fight

First up on London's O2 Arena was the match-up between Murray and world number four Milos Raonic.

The edge-of-the-seat match lasted for three hours and 39 minutes before the more experienced Murray saw off his rival.

This was the longest match in Tour Finals history -- eclipsing the record mark set when Murray beat Nishikori in three hours and 20 minutes on Wednesday.

While Murray's body has been pushed to its limits this week, Djokovic has enjoyed smooth progress to the final and, unlike his opponent, the world number two will be well rested following his 67-minute demolition of Nishikori.

Murray, bidding to win the Tour Finals for the first time in his maiden final appearance, acknowledged he is feeling the strain of his gruelling run.

"It was obviously unbelievably tough. I played some great points and managed to get the break at the end," Murray said.

"This is one of the hardest matches I've played indoors. I didn't expect to play a long one with someone with a serve like Milos.

"I'm tired. I've played so much tennis over the last few months. I'll give it my best effort, the best of what I have."