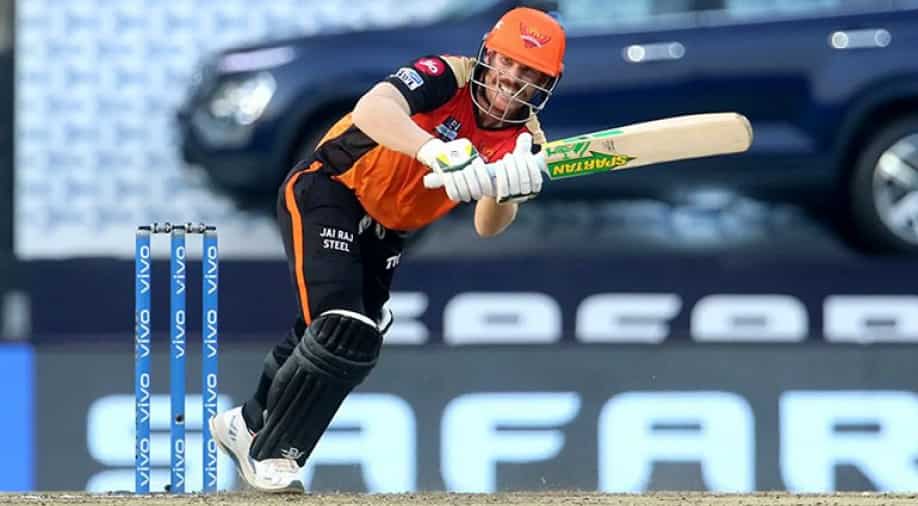 David Warner might leave Sunrisers Hyderabad ahead of the IPL 2022 season. | Photo - IPL | Photograph:( Others )

Former India opener Virender Sehwag has named two IPL teams who he feels can target David Warner ahead of the new season next year.

Former Indian opener Virender Sehwag is confident David Warner will be approached by the two new teams who are set to be inducted into the Indian Premier League (IPL) from the 2022 season. The two new teams - Ahmedabad and Lucknow franchises will enter the upcoming mega auction with an aim to build a strong squad from scratch for IPL 2022.

Warner, who endured a turbulent IPL 2021 and was benched by Sunrisers Hyderabad (SRH) for the majority of the season, looks set to leave the franchise ahead of the next edition. If SRH releases Warner, the Australian batter is set to be in great demand at the mega auction considering his recent exploits in the T20 World Cup 2021.

Warner notched up 289 runs for Australia at the tournament and was awarded the Player of the Tournament for his batting heroics. With SRH likely to let go of him, the door will be open for the other nine teams to negotiate a move with Warner. The two new teams have the right to pick three players outside of the mega auction and they bot might target the Aussie star.

"I believe the two new franchises that are entering the fray, they will have the option of picking three fresh options, and David Warner could well be in their radar," Sehwag said on Cricbuzz.

The former India opener, who played for the likes of Delhi Capitals and Punjab Kings in the IPL, said Warner can be a great captain and a reliable opener for any of the two new teams, and that they can build their team around the 35-year-old, who has been one of the most consistent performers in the IPL over the years.

"They can get a dependable opener and a great captain. They can get two more players like him and you can form a team around those three players. No doubt, Warner will be approached by one of the two teams as captain and player," Sehwag added.

Also Read: Virat Kohli lands in trouble after his restaurant accused of discrimination against LGBTQIA community

Warner had started the IPL 2021 season as the captain of the Sunrisers Hyderabad before being sacked from captaincy midway through the season as he was replaced by Kane Williamson. The experienced left-hand batter was then dropped from the playing XI and managed to make only eight appereances throughout the season with 195 runs to his name.

However, he redeemed himself with a stellar campaign for Australia in the T20 World Cup 2021 as he scored 289 runs in seven games to finish as the second-highest run-getter of the tournament and played an instrumental role in helping his team clinch their maiden title.