Delhi Half Marathon: Top athletes, Delhiites gear up for run 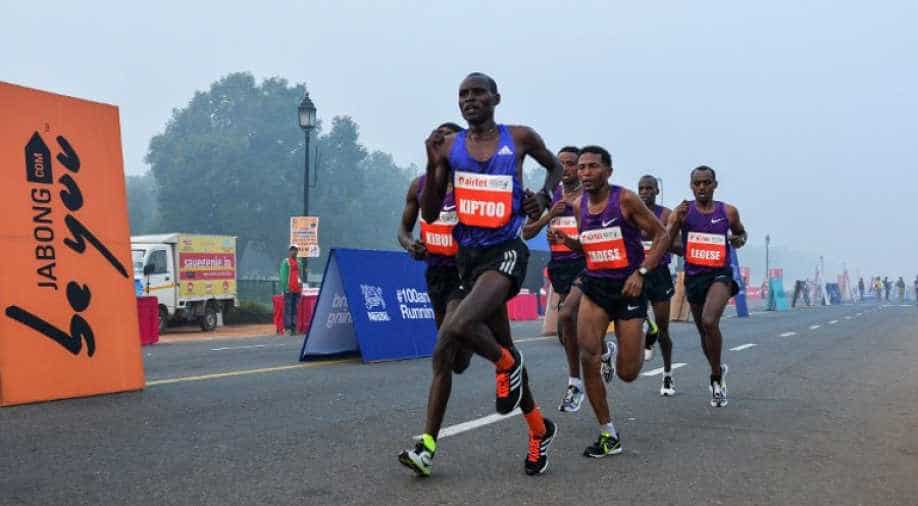 Sports enthusiasts can look forward to the Airtel Delhi Half Marathon (ADHM) which kicks off this Sunday across prominent landmarks in the Indian capital.

The total prize money for the event, which includes the Great Delhi Run (6 km), the Senior Citizen's Run (4 km), the Champions with Disability (4 km), and the feature race, will be $2,70,000. But not many know that this globally watched event is a major contributor to charity.

Asafa Powell, the Jamaican sprinter and three times world record holder, will be the brand ambassador for the event. Also sweating it out will 12,000 runners including 13 Rio Olympians.

Among the top contenders are Kenya’s world half marathon champion Peres Jepchirchir, Worknesh Degefa --- a half marathon specialist who has run 22 marathons, Stephen Kiprotich, the London 2012 Olympic marathon champion, rising Tanzanian runner Alphonse Sambu who was placed fifth at Rio, Gladys Chesir, who finished third at the ADHM last year and Tesfaye Abera, winner of the 2015 Standard Chartered Mumbai Marathon.

19,972 people are expected to participate in the Great Delhi Run, 1004 senior citizens, and 445 people in the Champions with Disability category, taking the total number of participants to 34,325.