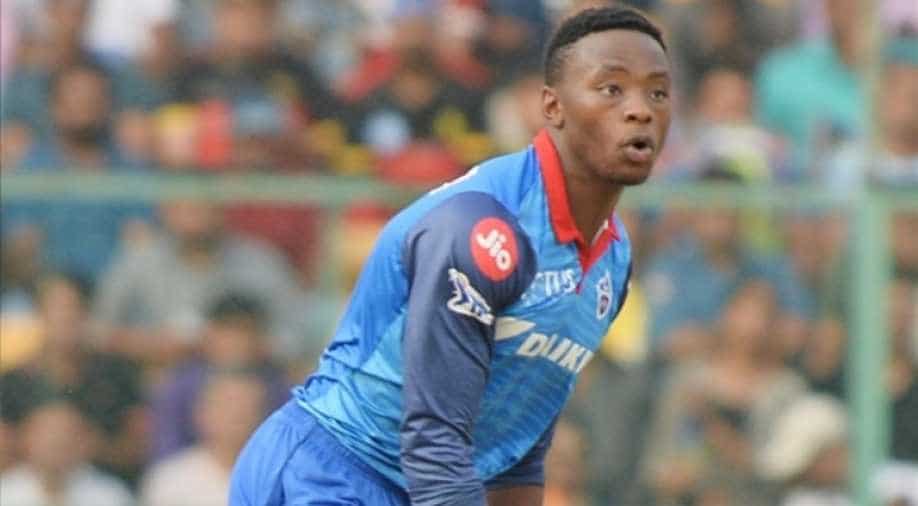 The 23-year-old is the leading wicket-taker, having claimed 19 wickets in nine matches.

Fast bowler Kagiso Rabada is proving to be a trump card for Delhi in Indian Premier League (IPL) with his ability to handle pressure in crunch overs.

The 23-year-old is the leading wicket-taker, having claimed 19 wickets in nine matches.

"I've just been working on my skills in the nets, trying to improve in particular areas and also working on the things that I've worked on in the past. I try to find a combination of sticking to what works for me, and then reading the game, learning about the game, and learning what can make me a better cricketer," cricket.com.au quoted Rabada, as saying.

"It's a game of simplicity, really. I just practice my good lengths, good lines, and then look to adapt on the day to what's going to be needed, whether it be variations or whatever ball is required at any particular batsman", he said.

Proteas bowler produced a series of yorkers in Super Over to stop Kolkata all-rounder Andre Russell early in the season.

"I thought, big boundary, hmm, what do we bowl here? We could bowl bouncers. We could bowl slower balls. But it's risky. I wasn`t really feeling them on the day. On another day, I could have felt them. But I felt the Yorker," he said.

"IPL is a high-pressure environment, where you'll think of something in the moment and really need to execute. It's about dealing with that pressure. There are always moments in the game where there`s pressure, and we play the game to win, so you have to be able to (thrive on the pressure)," said Rabada, who has helped Delhi climb to the third position in the points table.