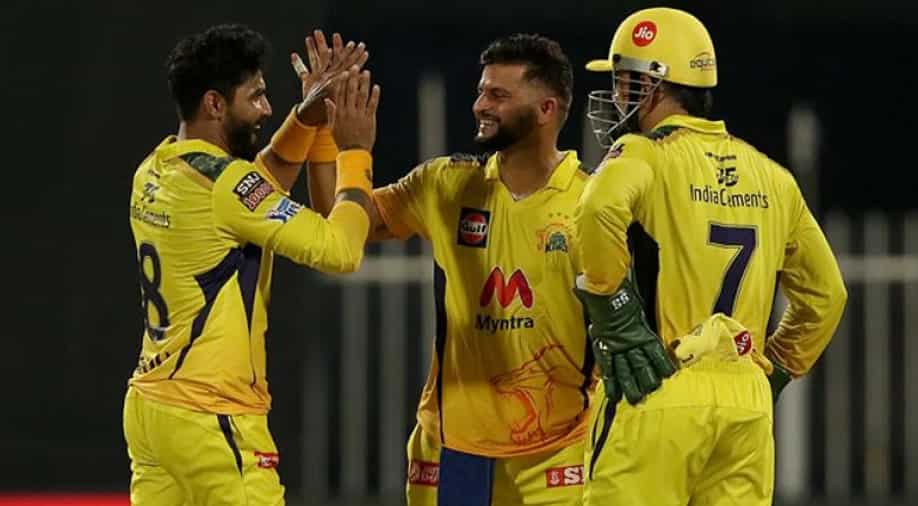 MS Dhoni's Chennai Super Kings (CSK) will be up against Rishabh Pant-led Delhi Capitals (DC) in a top of the table clash in IPL 2021 on Monday. Here is our prediction for the CSK vs DC clash.

Chennai Super Kings (CSK) and Delhi Capitals (DC) will battle it out for the top spot when they lock horns in a blockbuster top of the table clash in IPL 2021 on Monday (October 04). Both teams have already secured a spot in the playoffs and are assured of a place in the top as the tournament reaches its business end in the UAE.

With CSK and DC likely to finish in the top two of the points table, the clash at the Dubai International Stadium in Dubai on Sunday can prove to be a dress rehearsal for both sides ahead of their meeting in the first qualifier in the knockout stages. CSK and DC have both enjoyed brilliant campaigns so far and have managed to attain 18 points each from the 12 matches they have played so far this season.

CSK are currently placed on top of the points table while Delhi Capitals are on the second spot due to a lower net run rate. The two sides had last met at the Wankhede Stadium in Mumbai earlier this year where DC defeated MS Dhoni & Co. by seven wickets to get their IPL 2021 campaign off to a winning start.

While Delhi Capitals had finished as runners-up last season, having lost the IPL 2020 final to Mumbai Indians, CSK had failed to qualify for the playoffs for the first time in IPL history. However, Dhoni's men sparked an incredible turnaround this season and became the first team to book a berth in the top four.

Delhi Capitals defeated Mumbai Indians by four wickets in their last outing and will be heading into the clash on a confident note while CSK suffered their first defeat of the UAE leg as they were stunned by Rajasthan Royals. CSK lost against RR by seven wickets despite posting a hefty total of 189 runs and will be looking to bounce back to ensure a top-two finish this year.

CSK vs DC, IPL 2021 today match prediction: When it comes to the head-to-head record between the two sides, CSK have dominated DC with 15 wins in 24 matches. However, Delhi Capitals have been arguably the better side in the last few meeting between the two teams. With momentum on their side and the top spot on the table on the line, DC might pip CSK in Dubai on Monday.