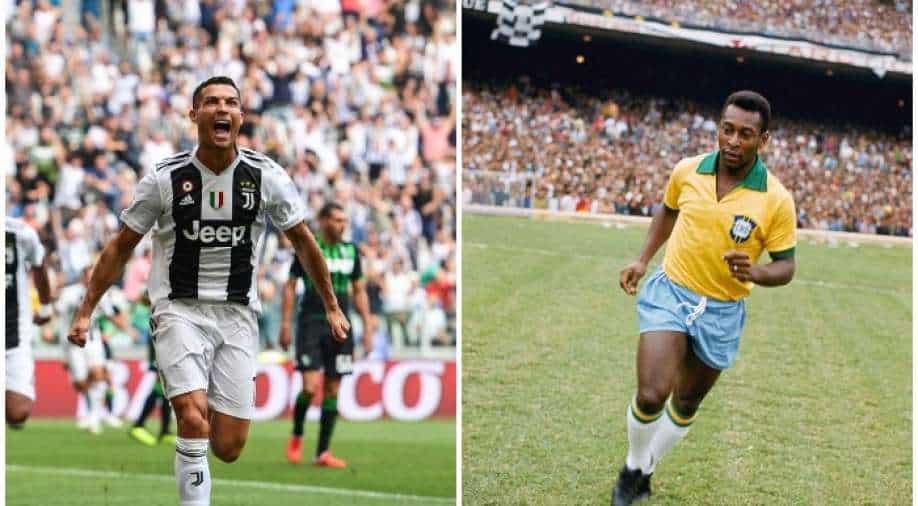 Ronaldo opened the scoring for Juventus in the first-half as he unleashed a superb strike to leave Udinese goalkeeper Juan Musso helpless. Ronaldo then completed his brace in the second half as Juventus returned back to winning ways in the Allianz Stadium.

The five-time Ballon d'Or winner, with the brace, completed his 758 goals in his splendid career - moving one ahead of Pele's all-time list.

Fans hailed Ronaldo as one of the greatest players of all-time. Ronaldo has accumulated a whopping 450 goals during his nine-year stay at Real Madrid while completing his 700th career goal in 2019.

The former Manchester United forward's super-agent, Jorge Mendes, has always been vocal about Ronaldo's on-field achievement and had predicted that the Portuguese would go onto shatter Pele's record to cement his name even more in football history.

The 54-year-old Portuguese football agent told Sky Sports: "His numbers don't lie and light up the overwhelming way Cristiano Ronaldo shatters records, which elevate him to the category of best player in the history of football, with a big difference compared to the second [best] for all he achieved with the different clubs he represented, whether in England, Spain or now in Italy and also with the Portuguese national team."

Mendes added: "Cristiano has reached the remarkable milestone of 700 goals, but I have no doubt that he'll surpass Pele as the best scorer in football history, and he'll do it with Juventus."