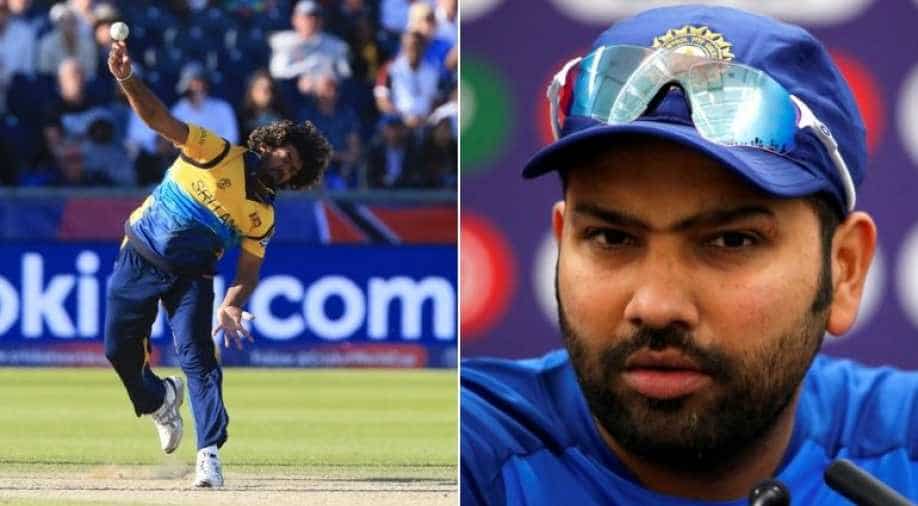 Rohit and his fellow opener KL Rahul smashed centuries as India registered a comfortable win against Sri Lanka ahead of their semi-final clash.

Malinga played his last one-day match as he had announced ahead of the tournament that he will retire after the World Cup.

The pacer has played a total of 225 ODI matches and 335 wickets and ended his World Cup career as the third-highest wicket-taker in history with 56 wickets behind Glenn Mcgrath and Muttiah Muralitharan.

During the post-match presentation, Rohit was full of praises for the legendary pacer, with whom he has played for Mumbai Indians team in the Indian Premier League (IPL).

"He (Malinga) has been a champion bowler for Sri Lanka and then for Mumbai Indians. I have had a great time playing with him," said Rohit.

"He is definitely a match-winner. He has shown it over the years how the teams rely on him. I have seen him in close quarters and the cricket world will miss him," Rohit added.

Popular as run machine, Rohit made 103 to become the first player to score five centuries in a single World Cup. He took 92 balls with 14 fours and two sixes to hit his fifth century of this World Cup.

The 1996 champions finished their World Cup campaign with three wins, four defeats and two games ending in no result.