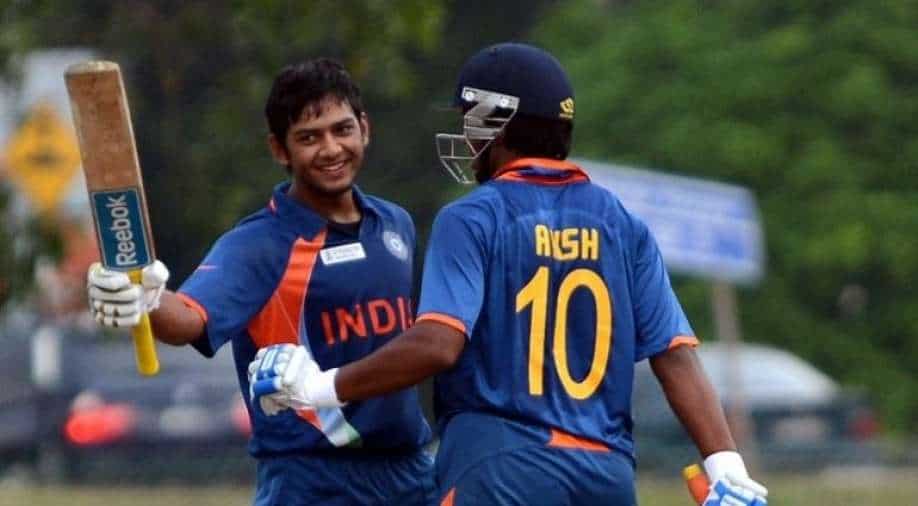 Chand, who was once considered the next big talent after Virat Kohli, said it was a tough decision to end his career in India.

India's 2012 U19 World Cup-winning captain Unmukt Chand ended his India career after signing a three-year deal with Major League Cricket that is based in the United States of America.

Despite performing in the U-19 World Cup finals in 2012 and leading India A, Chand never got a call-up in the senior team. The closest he got to being selected for the senior team was in 2014 after his impressive Syed Mushtaq Ali trophy performance.

Chand, who was once considered as the next big talent after Virat Kohli, said that it was a tough decision to end his career in India.

"It's a tough one for someone like me, who has always dreamed of playing for the country. And most of it very emotional one as well and obviously, having played every other cricket, except for the senior team, I think it was a very painful call. But then the last few years have not been very kind to me in terms of facing a lot of association politics among other things. I've not been able to play a lot of cricket because of such things and that is why I arrived at this decision, to play some good cricket here in the US. I'd finally like to thank the BCCI for their support over the years in making me the cricketer I am today" said Chand to Cricbuzz.

The 28-year-old took this decision after the DDCA did not let him feature in even a single match for Delhi this year.

"Things like that hurt you as a player. When certain players who lack a certain pedigree play ahead of you then it feels like a slap on your face. I've never gotten the support I've yearned from DDCA all these years. I've been ousted from the team multiple times for no fault of mine."

Chand will be joining his U-19 WC winning teammates Smit Patel and Harmeet Patel at the Major League Cricket.