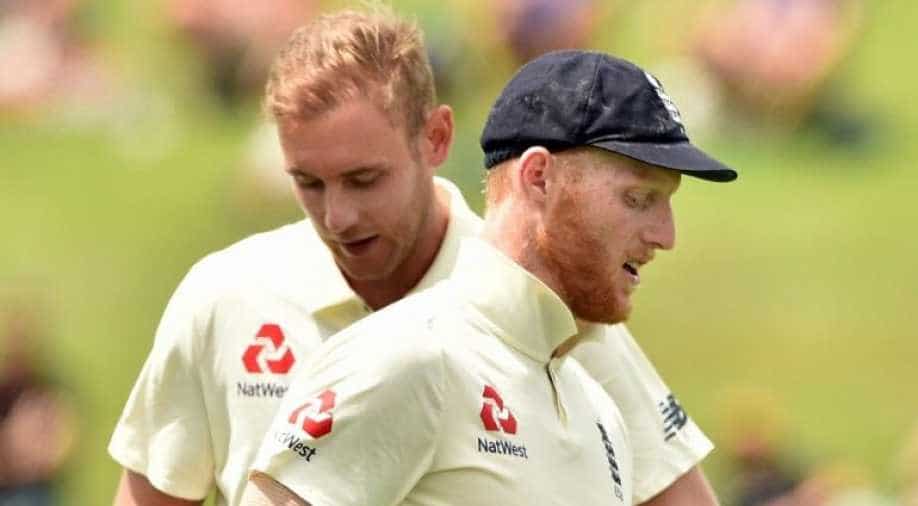 England vice-captain Ben Stokes and Stuart Broad engaged in an unfriendly conversation on Day 3 of the first Test against South Africa.

Ben Stokes and Stuart Broad were involved in a spat during the Centurian Test as the England vice-captain exchanged heated words with his teammate.

Interestingly, the two clashed as the team went into a huddle after the fall of a wicket.

However, former England captain Nasser Hussain who was in the commentary box believed that Stuart might have said something which did not go well with his vice-captain.

Along with Hussian was former West Indies fast bowler Michael Holding who was also surprised and hoped for the quarrel to "end soon".

The West Indies legend added that before the tussle, the two players were joined by the captain Joe Root in a conversation on the field while South African player Dwaine Pretorius was walking towards the pitch.

Hussain added that he was "pleased" that the two players who had problems exchanged words to "clear their minds".

It ended badly for England, however, as the visitors ended the first Test match with a loss, being unable to reach the target of 376 runs. Hosts South Africa beat England easily by 107 runs.