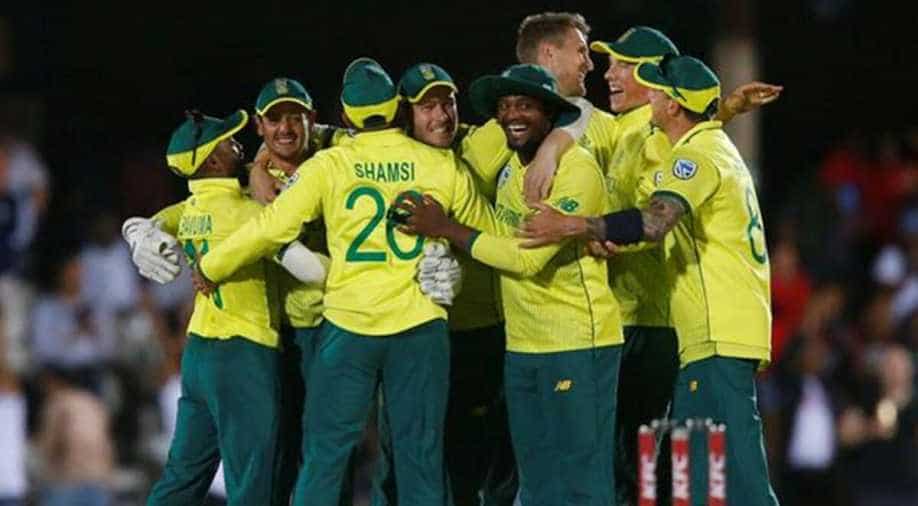 He set a deadline of October 27. Government interference would put CSA at risk of sanctions from the International Cricket Council.

Acting president Beresford Williams and five other Cricket South Africa board members resigned on Sunday, two days ahead of a deadline threatening intervention from the country’s sports minister.

The organisation has been in disarray since chief executive Thabang Moroe was suspended last December, prompting calls from the country’s players’ association and major sponsors for the board to resign.

Sports minister Nathi Mthethwa threatened on October 14 to intervene directly in CSA’s affairs unless CSA provided him with reasons in writing why he should not get involved.

He set a deadline of October 27. Government interference would put CSA at risk of sanctions from the International Cricket Council.

Sunday’s resignations are likely to lead to the formation of an interim committee.

The latest move comes less than a month before a limited overs series against World Cup champions England.

Williams was made acting president following the resignation of Chris Nenzani in August.

According to CSA’s tweet: "Mr Williams is deeply passionate about cricket and because of his love for the game he has resigned because this is the best way he can currently serve cricket."

CSA thanked Williams for his "loyalty and dedicated service".

The resignations followed meetings of CSA’s Members’ Council, the overall policy-making body of CSA from which non-independent board members are elected.

The four non-independent directors stated they were resigning only from the board and would remain on the Members’ Council, while Williams resigned from both bodies.

There was no immediate reaction from the sports ministry.