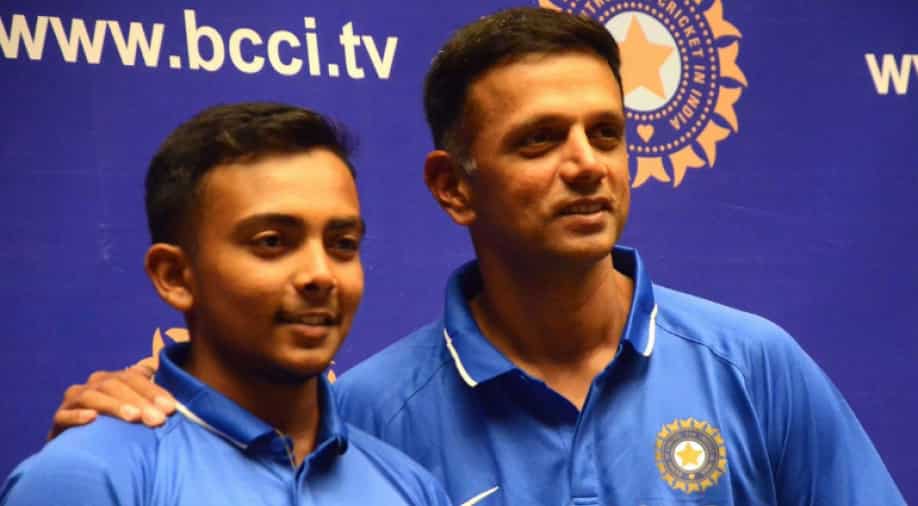 The series against Sri Lanka will stamp Prithvi Shaw's return into the Indian team after getting dropped last year, during the Australia Tests. Notwithstanding, the 21-year-old acquired the spot following a fantastic domestic season and some staggering thumps in the IPL 2021.

Prithvi Shaw is back in the Indian team and is gearing up to play against Sri Lanka in the upcoming limited-overs series which starts on July 13 in Colombo. Playing under Rahul Dravid has proved his energy level and the Mumbai adolescent is anticipating snatch whatever comes his way.

The series against Sri Lanka will stamp Prithvi Shaw's return into the Indian team after getting dropped last year, during the Australia Tests. Nevertheless, the 21-year-old acquired the spot following a fantastic domestic season and some staggering thumps in the IPL 2021.

ALSO READ: 'I'm not convinced with this theory': Kapil Dev not in favour of additions in squads

In an interaction with The Indian Express in front of the series, Prithvi Shaw said: “There is a different kind of mazaa [enjoyment] playing under Rahul sir. He was our India under-19 coach. The way he speaks, the way he shares his coaching experience, is just amazing. Whenever he talks about the game, it shows how much experience he brings to the table. He knows everything about cricket. The way he speaks on conditions and how to use them is just out of this world.”

The 21-year-old added that he's anticipating having significant discussions with Rahul Dravid in what might be a disciplines team atmosphere.

"As Rahul sir is there, one will expect discipline in the dressing room. I’m looking ahead to the practice sessions with Rahul sir because I love to speak to him for hours. On this tour, I just have to grab the opportunity. I was desperate to get back into the Indian team. I have always kept the team above me. Be it India, Ranji Trophy team, club, or my school team. I want to give my best," he added

Prithvi Shaw likewise talked about his unconventional practice routine which became exposed not long before the IPL 2021 through Delhi Capitals lead trainer Ricky Ponting. He said that he actually hasn't changed the technique.

He said: "It’s the same now. Personally, I feel that if I push harder – especially when things are not going right for me – it just doesn’t happen to me. I’m not the one who tries to show others that I’m working hard. Ek andar se awaaz aati hai, ke bus ab aur nahi [There is a voice from within, which says not more.] I don’t force myself. I just take a break then and start again next time when I feel I’m feeling much better."