Cricket: 'Kuldeep and I could have played together if Jadeja was a medium pacer': Yuzvendra Chahal 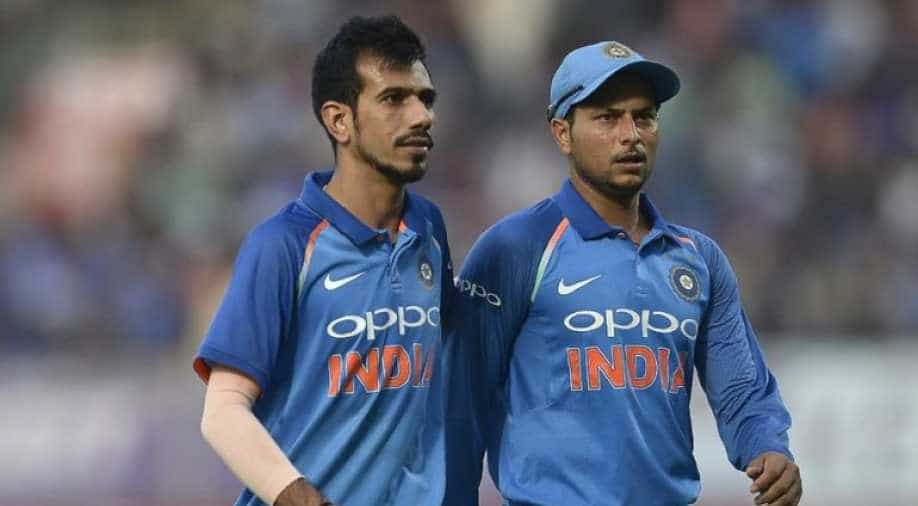 Yuzvendra Chahal has expressed that Hardik Pandya's injury and Ravindra Jadeja's comeback to the limited-overs set-up made it practically inconceivable for him and Kuldeep Yadav to play together.

Yuzvendra Chahal has expressed that Hardik Pandya's injury and Ravindra Jadeja's comeback to the limited-overs set-up made it practically inconceivable for him and Kuldeep Yadav to play together.

For a very long time, in the development to the 2019 World Cup, Chahal and Kuldeep filled in height as India's spin twins. Nonetheless, in the course of the most recent few years, both have battled for form and haven't reliably highlighted in the playing XI.

In a conversation with Sports Tak, Yuzvendra Chahal said that the team blend needed to change once Hardik got injured and Jadeja made a re-visitation of the limited-overs.

“When I and Kuldeep Yadav were playing, Hardik Pandya was also bowling quite a bit. Then, in 2018, Hardik got injured and Jaddu pa (Ravindra Jadeja) came in as an all-rounder, who can bat at number seven. So, after that, if we had to play an extra bowler, the combination wasn’t working out. Since Jadeja is a spinner, I and Kuldeep couldn’t play together continuously after that” - he said.

“If a pacer had come in instead of Hardik, maybe we could have played together. But the team demands come first. We did play half of the games individually. Like out of six games, I played three and Kuldeep played three. But a team is built with 11 players and KulCha wasn’t fitting into it” - he added.

The 30-year-old stated that he wouldn't fret sitting out as long as the group is winning. He further expressed that the team holding among the current squad is solid to the point that he has consistently felt like an essential part of the group in any event, when not playing.

“Even if I am not playing and the team wins, I am equally happy. I played one-dayers in New Zealand last year after six months. But I was confident since I was bowling well in the nets and was traveling with the team as well. I was never made to feel that I was not part of the team even when I was not playing. So all that helps keep your confidence intact” - he concluded.