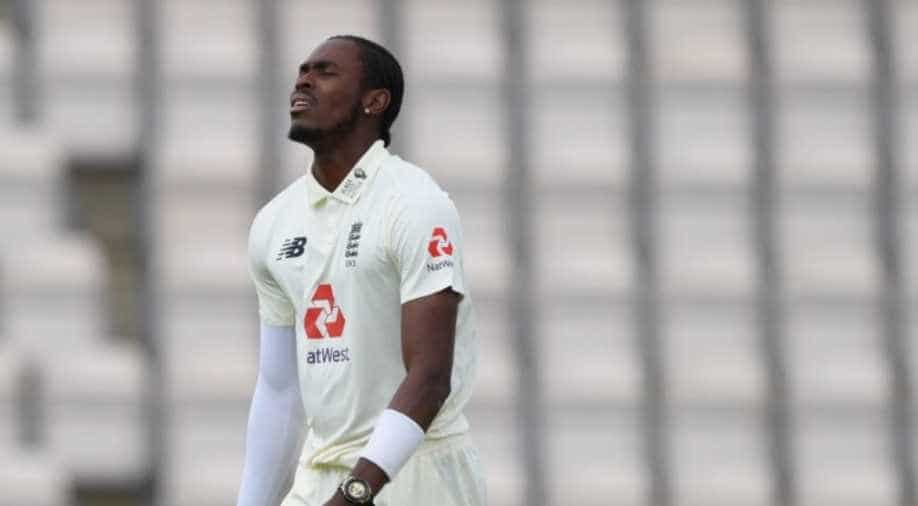 England pacer Jofra Archer has successfully undergone elbow surgery and will now not rush to make his comeback with an eye on the ICC T20 World Cup and the Ashes later in the year.

England pacer Jofra Archer has successfully undergone elbow surgery and will now not rush to make his comeback with an eye on the ICC T20 World Cup and the Ashes later in the year. England and Wales Cricket Board (ECB) on Wednesday confirmed that Archer had undergone surgery and will start an “intensive rehabilitation” period with the ECB and Sussex medical teams.

Archer has said he is open to returning for the upcoming five-Test series against India but is prepared to sit out the summer to help England achieve their goals in the T20 World Cup and Ashes.

"One thing I am determined about the post-elbow operation is not to rush my comeback because my primary focus is to be playing for England in the Twenty20 World Cup and Ashes later this year. Those are my targets. If I come back before then and manage to play in the home Test series against India -- then fine, so be it. If I don't, I am quite prepared to sit out the summer," Archer wrote in his column for Daily Mail, as reported by ESPNcricinfo.

Archer said missing a few weeks will help him prolong his career. The England speedster added that he wants to get rid of this injury once and for all.

"The way I am looking at things is that I would rather miss a few weeks of a year so that I have a few more years in my career. I just want to get this injury sorted once and for all and that's why I'm not looking that far ahead or at dates for a return to action. Because if I don't get this right, I won't play any cricket. Period. I am not going to do myself any good by coming back before I'm fully fit, so I will take my time and do what is best for me and my life," he added.

Archer, who had made a comeback for Sussex in the County Championship against Kent, managed only five overs and pulled out after suffering from pain in his right elbow – the same injury that has been bugging the pacer for long.

ALSO READ: Cricket: 'Expecting it to be tough' - Henry Nicholls warns New Zealand ahead of WTC final vs India

"Surgery was always the last option and we wanted to exercise every possible strategy before we went down that route. It was the last thing on the list. It is not always a fix and in four weeks we will find out how things have gone. I must retain faith that this now sorts out the issue for good, although there's always room for another surgery if needs be. At the age of 26, I am still pretty young," said Archer.

"However, my attitude right now is that the less thought I put into things like that, the better. I just want to throw myself into rehab. I remain committed to playing all three formats for England and to winning big series. But it has been quite a while since I bowled completely pain-free," he added.

Archer was earlier ruled out of IPL 2021 following the conclusion of India’s home Test series against England, where the pacer played two Tests and all five T20Is.