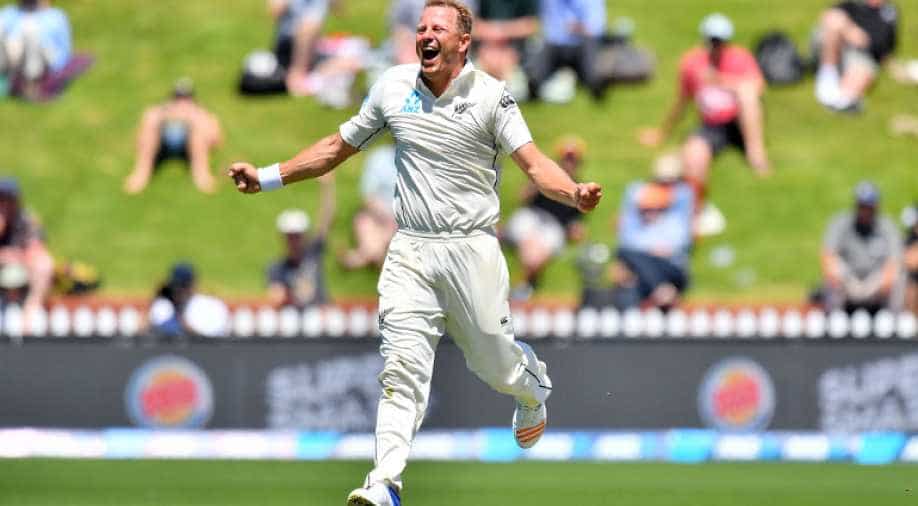 'The pitch was not doing as much as we expected and I felt horrible, to be honest,' Neil Wagner. Photograph:( AFP )

Australia batsman Matthew Wade expects India’s pacemen to make use of the short ball when they tour Down Under but says none will be as effective as New Zealand’s Neil Wagner with the bouncer.

Australia batsman Matthew Wade expects India’s pacemen to make use of the short ball when they tour Down Under but says none will be as effective as New Zealand’s Neil Wagner with the bouncer.

Wade was left battered and bruised after short-pitched assaults by Wagner when New Zealand toured in the last home summer and paid tribute to the fiery left-armer.

“I don’t think anyone in the game has bowled bouncers the way he bowled and been so consistent, and not gotten scored off while also picking up wickets,” Wade told Cricket Australia’s website.

“I think we’ll see it a bit (from India) but I don’t think it will be as effective as Wagner. He’s done it for a long time now.

“To be honest, I’ve never faced a bowler who is so accurate at bowling bouncers.”

Though Wagner made his mark with 17 wickets, including multiple dismissals of Australia’s best batsmen Steve Smith, David Warner and Marnus Labuschagne, Tim Paine’s side dominated the Black Caps to claim the test series 3-0.

India were more successful in the previous summer, becoming the first Asian team to win a test series in Australia with a 2-1 result.

Australia were without Smith and Warner for that series, who were serving suspensions for ball-tampering.

However, India’s pace attack of Jasprit Bumrah, Mohammed Shami and Ishant Sharma bowled superbly throughout the series and humbled the hosts’ vaunted trio of Mitchell Starc, Pat Cummins and Josh Hazlewood on their own pitches.

Wade said Wagner’s angles and accuracy would nonetheless be hard for India’s quicks to reproduce.

“He’s always between your shoulder and the top of your (helmet) peak, or in your armpits,” said Wade.

“They barely had anyone in front of the wicket. They had really cagey fields, catchers in good places, they were trying to take wickets all the time, it wasn’t negative bowling.

“Hats off to him, he bowled unbelievably well.”

Australia meet India in a four-test series starting in Brisbane on Dec. 3.