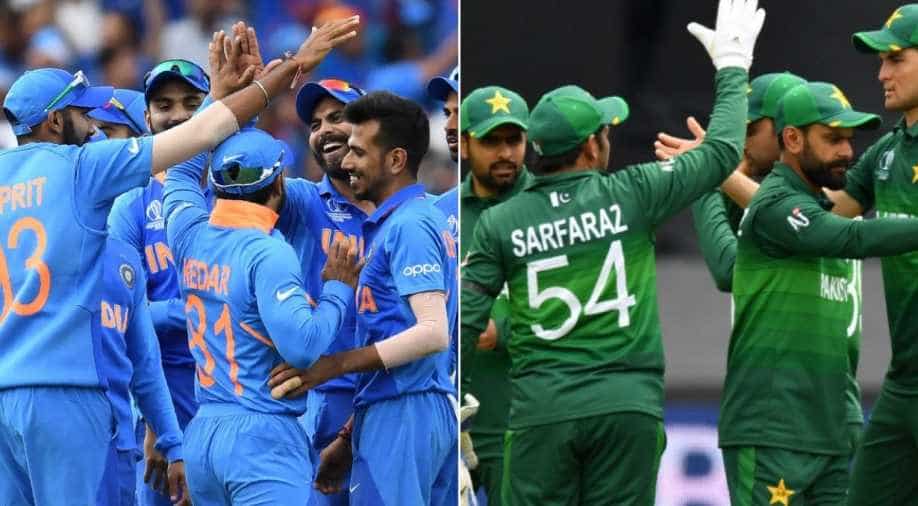 The highly-anticipated tournament will take place from October 17 to November 14 this year, the ICC announced on Friday.

Fans are in for a treat as arch-rivals India and Pakistan have been placed in the Group 2 of the Super 12 stage of the upcoming T20 World Cup 2021. The highly-anticipated tournament will take place from October 17 to November 14 this year, the ICC announced on Friday.

ALSO READ: 'I fear for the 100 & the Indian Test series': Michael Vaughan reacts after Rishabh Pant tests positive for COVID-19

The Men in Blue are in the group alongside Pakistan, New Zealand, Afghanistan and two other qualifiers from Round 1.

Group 1 will consist of defending champions West Indies along with Australia, England and South Africa and two other qualifiers.

"The groups , selected on the basis of team rankings as of 20 March 2021, see defending champions the West Indies pooled along with former champions England , Australia and South Africa in Group 1 of the Super 12s , with two qualifiers from Round 1 joining them ," the ICC said in a statement.

"Group 2 will comprise former champions India and Pakistan, New Zealand , Afghanistan and the other two qualifiers from Round 1. Eight teams will contest the first round including automatic qualifiers Sri Lanka and Bangladesh with the remaining six who booked their spot through the ICC Men’s T20 World Cup Qualifier 2019. Ireland , Netherlands and Namibia join Sri Lanka in Group A , whilst Oman , PNG and Scotland will face Bangladesh in Group B."

"We are delighted to announce the groups for the ICC Men’s T20 World Cup 2021. There are some great match ups offered by the groups and it starts to bring the event to life for our fans as our first multi-team event since the onset of the global pandemic draws closer ," ICC Acting Chief Executive Geoff Allardice said.

"Given the disruption caused by Covid-19 , we selected the cutoff date as close as possible to the event to ensure we were able to include the maximum amount of cricket in the rankings which determine the groups. There is no doubt we will witness some highly competitive cricket when the event gets underway in just three months."

Group A: Sri Lanka, Ireland, the Netherlands and Namibia

Group 1: England, Australia, South Africa, West Indies, A1 and B2.

Group 2: India, Pakistan, New Zealand, Afghanistan, A2 and B1.