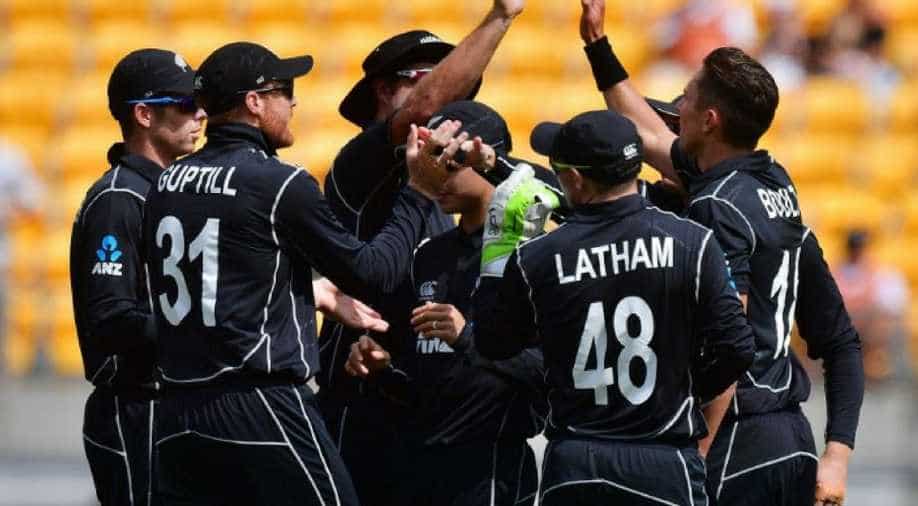 New Zealand won the toss and opted to bowl at Westpac Stadium, Wellington in the 3rd one-day international against England on Saturday.

At number two Joe Root came in but lost his wicket after scoring 20 odd runs for the team. A lot was expected from Ben Stokes but even he failed to perform and got outbowled by Ish Sodhi after scoring 39 runs.

Eoin Morgan tried to salvage England and pushed the run rate but returned to the pavilion in the 36th over after scoring 48 runs. Rest of the team got thrashed by New Zealand pacers as they took wickets on a regular interval to build a pressure on England and restrict them at a low total.

New Zealand won the first match of the five-match ODI series and England took the second match by 6 wickets. England has never won at Westpac Stadium.

Before the match, the wicket has been described as "ugly" by both sides and New Zealand captain Kane Williamson said he wanted first use of it.

"It looks like an interesting surface but hard to read," added Williamson.

New Zealand win the toss and ask England to bat. There's an injury-enforced change for New Zealand, but their captain is back! Can he take them to a 2-1 lead against England?#NZvENG LIVE ➡️ https://t.co/LEUgWJThpY pic.twitter.com/zjLmIk4hMx

The good news for New Zealand is the return of a fit-again Williamson but they have lost senior batsman Ross Taylor with a quad strain.

England, meanwhile, has gone for added pace with Mark Wood into the side for David Willey.

WTC Final: How do India and New Zealand fare at Ageas Bowl in Southampton? A look at key stats