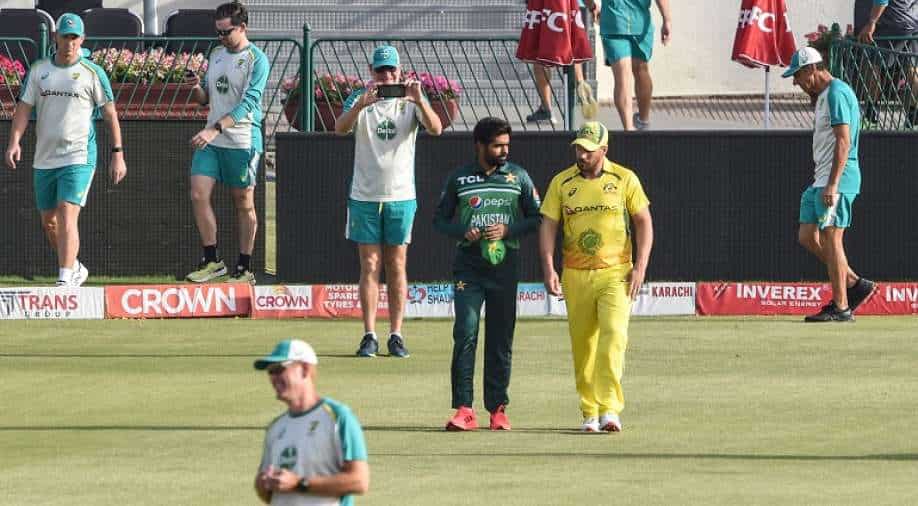 Players arrive for a practice session at the Gaddafi Cricket Stadium in Lahore on March 28, 2022. Photograph:( AFP )

Australian cricketers Josh Inglis and Ashton Agar have tested positive for COVID-19 in Pakistan ahead of four white-ball internationals in Lahore over the next week, leaving the tourists facing a potential player shortage.

All three must isolate for five days, effectively ruling the players out of the one-day matches on Tuesday, Thursday and Saturday. The sole Twenty20 international follows next Tuesday.

Matthew Renshaw has been called up as batting cover but he must isolate for three days once he gets to Pakistan.

ALSO READ: PakvsAus: When and where to watch Pakistan vs Australia 1st ODI - IST time and streaming details

Mitch Marsh is also unavailable for Tuesday's opening one-dayer because of a hip injury, leaving Australia with only 13 players available for the contest at Gaddafi Stadium.

All-rounder Marsh injured his left hip flexor in training but scans revealed a low-grade issue and CA said it was hoped he might still play a part in the rest of the tour.