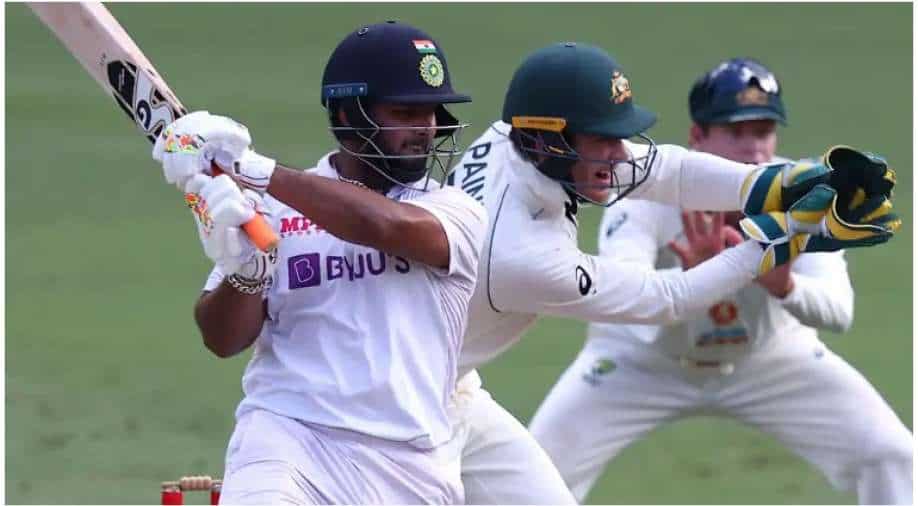 Pant recalls how he battled injury to help India save SCG Test vs Australia Photograph:( AFP )

Rishabh Pant had a memorable tour of Australia in 2020-21. Recalling his SCG Test heroics, the wicketkeeper-batter revealed he was battling injury to help India save the third and penultimate match.

Rishabh Pant was having a torrid time at the highest level prior to India's tour of Australia in 2020-21. Ahead of the epic tour Down Under, Pant was under the scanner for his keeping, fitness concerns and shot selections as many former cricketers and experts called for his omission.

Nonetheless, the script changed emphatically for Pant ever since he was included in the playing XI during the second Test, at the MCG, Melbourne, during the Australia tour. The left-hander played a gutsy and match-saving 97 in the third and penultimate Test, at the SCG, Sydney, before playing the best knock of his career, so far, with a match-winning 89 not out in the final Test, at Brisbane, to help India win the series 2-1.

Recently, Pant recalled his SCG Test heroics, where he battled injury to slam a memorable 97 and helped the visitors to a draw on the final day.

Speaking to India women's star cricketer Jemimah Rodrigues, on Dream 11, Pant said, "We were under pressure, they gave us some 400 something. Injury happened in the first innings. He bowled a bounce, it kept low and it hit my elbow and I was unable to move my hand in the first innings. I didn't keep in the second innings. Wriddhi (Wriddhiman Saha) bhai did all the keeping."

"We went for a scan and it was bone bruise. It wasn't a major injury, but it was very painful. We were talking to the physios because I had to bat, by hook or by crook. So we decided to take injection to help with the pain. We have to see in the nets obviously, at first. So, I took the painkiller injection during the game, went to the nets and I was trying to hold the bat but it was paining. I couldn't hold my bat properly. After this there's Pat Cummins and Mitchell Starc and Josh Hazlewood and they will be bowling a lot faster," he pointed out.

Pant opined, “I was just telling myself, 'you have to do this, there is no choice.' Firstly, there was no intention of winning the match. First goal was to draw, because it was the last day and we needed 400 runs. Then there was an idea of making me bat at No.5 because I was injured and even if I got out then the batters to come could still look to remake. It was still paining and on top of that I took a painkiller pill too."

"Rahane got out before lunch and I got tensed. I went inside, I couldn't get my way, pressure was building, Aussies were sledging and because they were up in the game and they wanted to win. Then it was my threshold, mid on was up and he bowled me there and I hit him over mid on for a boundary. Next ball he bowled there, after a few overs, and I hit him for a six. Next over the long on was back and I was playing my normal game and I was getting runs," he revealed.

"Then there was good partnership that happened between me a Pujara and suddenly the momentum of the match changed and we were in a position to win the match. And slowly, my pain started lessening because I was concentrating entirely on every ball and so the focus on the pain went away.

"Then I scored 97. I was feeling bad, but not for missing out on my hundred because I felt that I could have won the match for India from there," added Pant.

While Pant couldn't lead India to a win in the third Test, he stood tall in the final Test with an attacking 89 not out at Australia's fortress, at The Gabba, Brisbane, to help Ajinkya Rahane-led visitors chase down 328 on the final day of the series.