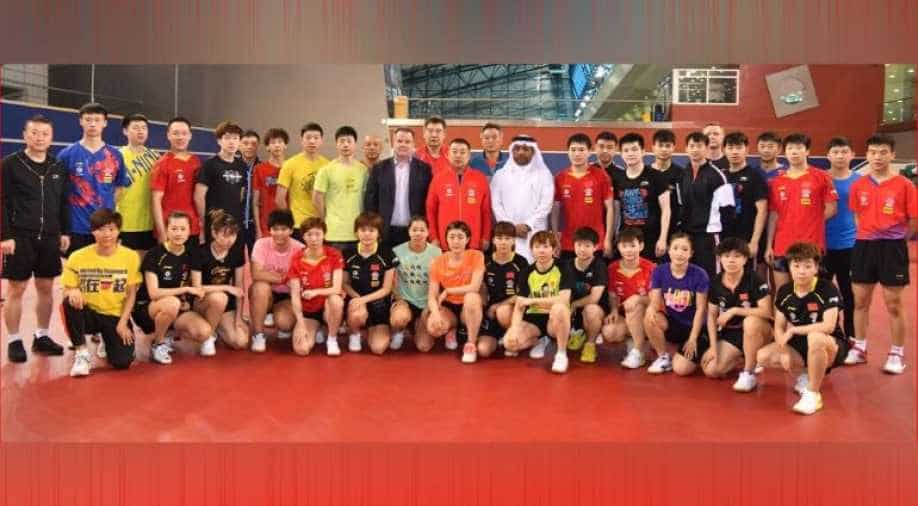 Table tennis is China's national sport, it's participation in the 2020 Tokyo Olympics is crucial as it has helped the country fetch a lot of gold medals during the Olympics.

China's table tennis team has gone to Qatar to seek refuge after accepting Doha's offer of a training base to avoid returning home to China due to the on-going coronavirus outbreak.

“We are always thinking of how we can help our brothers and sisters out.” This is what the #TableTennis family is all about 🙌🏓🙌

The squad which consists of 30 players flew to Doha after the conclusion of their successful ITTF German Open campaign recently. China's Xu Xin and Chen Meng won the men's and the women's singles events respectively.

Table tennis is China's national sport, it's participation in the 2020 Tokyo Olympics is crucial as it has helped the country fetch several gold medals during the Olympics.

The team is settled in the Aspire Academy Arena, ahead of the Qatar Open. The Qatar Open will commence on March 3. After Qatar, the world championships are set to start in Busan, South Korea, on March 22.

In biggest leap in a day, 108 new deaths were reported in the last twenty-four hours. The number is expected to increase further with passing hours. Meanwhile, 42,638 have been infected.

This is just in mainland China. The magnitude, the scale and the pace of this outbreak are unprecedented.

The crisis in Wuhan which is an epicentre of this deadly virus is showing itself in the unlikeliest of ways.