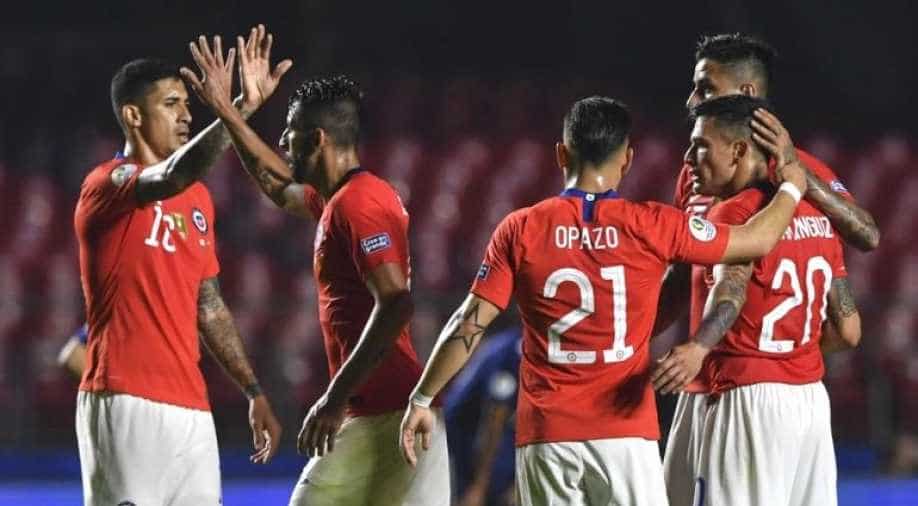 Defending champions started their Copa America campaign with a win against Japan 4-0 in their opening match in the group C on Tuesday here at Sao Paulo.

Japan who travelled with the young side in the tournament failed to register a win against much experienced Chile's team.

Chile started attacking Japan's defence after the 30th minute of the game as Alexis Sanchez fired two attempts which went off the target.

For Chile, Erick Pulgar started scoring before the final minutes of the first half.

Pulgar scored in the 41st minute by converting Eduardo Vargas ball to goal through the header, giving Chile a lead of 1-0.

No further goal was scored by the end of the half.

Chile doubled their lead to 2-0 just after the nine minutes of play in the second half. Vargas who struck from the edge of the area got deflected and landed in the goalpost.

Japan's Takefusa Kubo, signed by Real Madrid last week, also had an opportunity to score but the ball missed the target and hit on the side-net.

Although Chile's win was confirmed after their 2-0 lead, Sanchez and Vargas had other plans as they doubled it to 4-0.

Vargas scored two goals in the match while Pulgar and Sanchez netted one goal each.

Chile will next play against Ecuador on June 21, while Japan will face Uruguay on June 20.