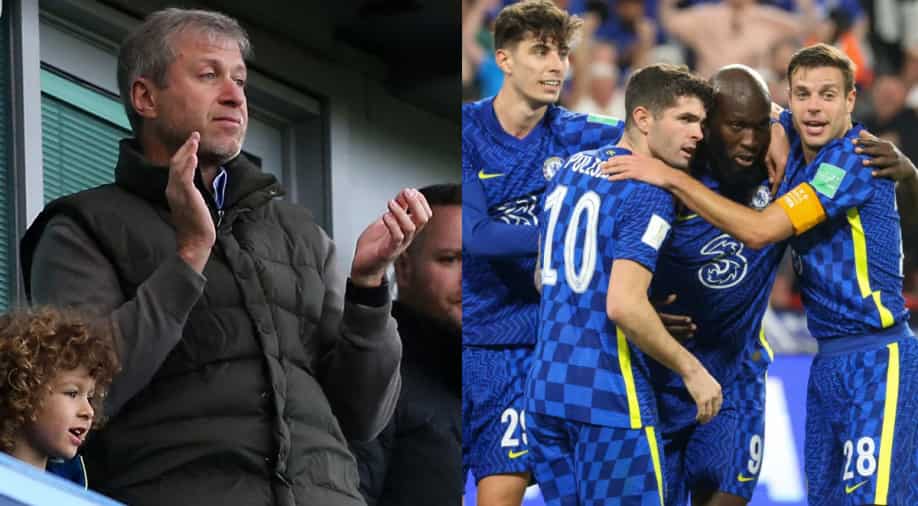 The UK government on Wednesday (Ma 25) approved a deal worth 4.25 billion pounds for the sale of Chelsea football club to a Todd Boehly-led consortium.

The UK government on Wednesday (May 25) approved Chelsea football club's sale to Todd Boehly-led consortium in a deal worth 4.25 billion pounds (around 5.2 billion USD). The approval of the club's sale marks an end to Russian billionaire Roman Abramovich's 19-year-long ownership of the Blues. Abramovich had bought Chelsea in the year 2003 when the club had not won a single league title since the 1955/56 season. The Russian went on to transform Chelsea into one of the best football clubs in the world and inspired them to incredible success during his era.

Abramovich had put Chelsea up for sale just two weeks after Russia's invasion of Ukraine. The invasion saw the UK government sanction Russian billionaires operating in the country, including Abramovich. The deal was approved on Wednesday after months of negotiations with the UK government ensuring that the proceeds from the sale will be frozen in a UK bank account.

The UK government also received legal guarantees that the sale will not benefit Abramovich, whose assets in the UK have already been frozen in the wake of Russia's invasion of Ukraine. While the ending of his reign at Chelsea is certainly not what Abramovich would have expected, he made the club a force to reckon with under his ownership.

Under Abramovich's ownership, Chelsea won as many as 21 major trophies, including an impressive five Premier League and 2 Champions League titles. Their latest Champions League triumph came under current manager Thomas Tuchel in the 2020-21 season.

Chelsea also saw their former Russian owner spend a whopping 2.1 billion pounds (2.6 billion USD) on buying players while as many as 15 managers were roped in by the club to make Chelsea a dominant force in the Premier League and European football.

How much money did Roman Abramovich spend to buy Chelsea in 2003?

As per a reports in the English media, Abramovich bought Chelsea 19 years back for a sum of 140 million pounds (around 233 million USD at the time) from British businessman Ken Bates. Bates is the former owner of not only Chelsea football club but also Leeds United, who are currently playing in the Premier League after managing to avoid relegation in the recently-concluded season where they finished 17th on the points table.

Also Read: 'I'm not going to do a Mbappe': Modric's cheeky response on potential contract extension at Real Madrid

Abramovich had paid only 60 million pounds for the club but the deal came with a 80 million debt attached to it which was taken care of by the Russian billionaire. Ever since the takeover by Abramovich, Chelsea went on to transform into one of the best clubs in the world and enjoyed tremendous success on the pitch.