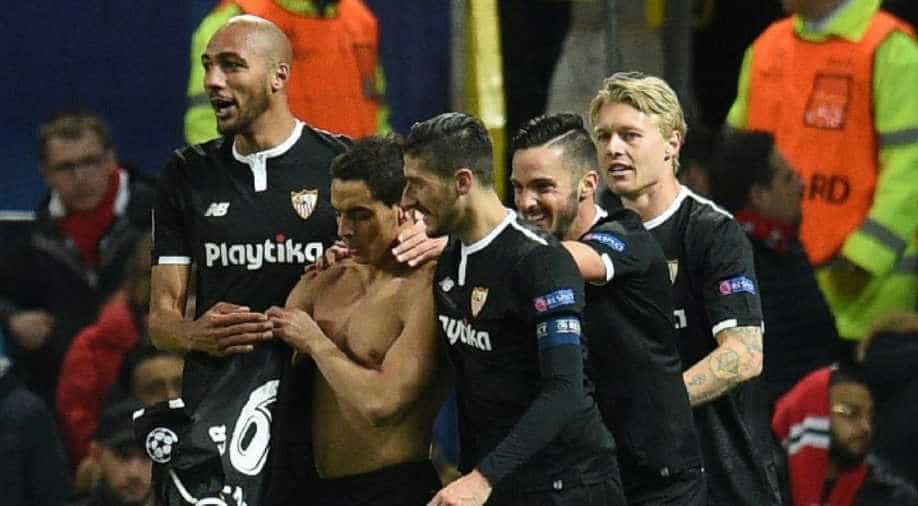 After a goalless first leg in Spain, it is Sevilla FC that stunned, rather shocked the Jose Mourinho-led Manchester United at their home ground to advance to the quarter-finals of the Champions League.

Wissam Ben Yedder, the first substitute of the game for Sevilla, created history by inspiring the team in reaching the quarter-finals of the Champions League for the first time in sixty years.

Ben Yedder blasted the first goal in 74th minute to give a 1-0 lead to the team by hitting a beautiful grounded shot in the right corner.

Mourinho responded by throwing on Anthony Martial and Juan Mata, but their attacking edge was needed far earlier as Ben Yedder soon stretched the lead to solidify the victory in just after 2 minutes. The second goal was actually a poor defence by Manchester players when Ben Yedder's header baffled the United's goalkeeper De Gea.

Ben Yedder was substituted by Luis Muriel in the 72nd minute and made the difference for Sevilla.

For Manchester, Romelu Lukaku tried to salvage the pride at Old Trafford by heading a magnificent goal in the 84th minute and grabbed a consolation for Jose Mourinho's under-par side but the 1-2 aggregate ousted The Red Devils from the 2018 Champions league.

In a basic, boring and dull first half both the sides were creating chances but the intent of netting was lacking.

Manchester was close to taking a 1-0 lead but the sharp cut was dejected Sevilla goalkeeper, Sergio Rico.

If ANYTHING pushed us to history at Old Trafford it's you ????

Though Sevilla had more chances than United and they completely outplayed Manchester United in the first half.

Manchester United have now failed to reach the quarter-finals for five straight years.