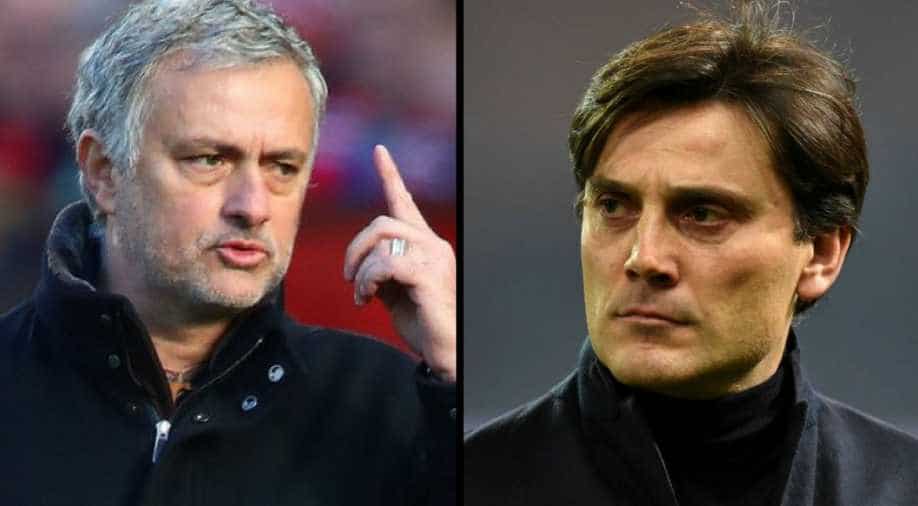 The Red Devils from Britain are set to face The White and Reds of Spain!

The Jose Mourinho-led Manchester United will meet Sevilla FC to carry forward the first leg clash which was tied 0-0 at the final whistle. United will welcome Sevilla to Old Trafford on Tuesday night/ Wednesday morning for the decisive second leg of the last-16. The match will start at 1:15 am IST early Wednesday morning.

On the other hand, If Manchester United losses then it will be Michael Carrick's last match in Champions League, as he announced his retirement.

Sevilla's Italian coach Vincenzo Montella said, "This will be a game where it will be very complicated on the pitch."

"We are up against a great opponent with great players, a great manager and a club with great history. We know we'll have to give our all and take the small moments in the game which fall our way to change the game. We are ready to do all of this, he further added"

The Red Devils manager has confirmed that Anthony Martial is fit to return as he was absent for previous two games.

Zlatan Ibrahimovic and Paul Pogba were seen training on Monday which is a good news for Manchester United.

Manchester will enter the game with a high as they have won three consecutive wins in the Premier League. They came from behind and leapfrogged Chelsea and Crystal Palace to reach the spot two.

Good to see @AnthonyMartial and @Ibra_Official in training ahead of tomorrow’s #UCL return leg. #MUFC pic.twitter.com/L0Mi4oLdJ6

Currently, Sevilla is standing at number fifth position in LaLiga and are eleven points behind number four seated Valencia, hence, their hope of finishing as top four are very less.

Sevilla recently, shared a video on Twitter that says, "We have already done incredible things….Why not again?"

Though, Sevilla is also not letting this go easily as they have one advantage of not losing any of the three fixtures they have played against English opposition this season.