Caroline Wozniacki storms into 3rd round, may meet Maria Sharapova in next round 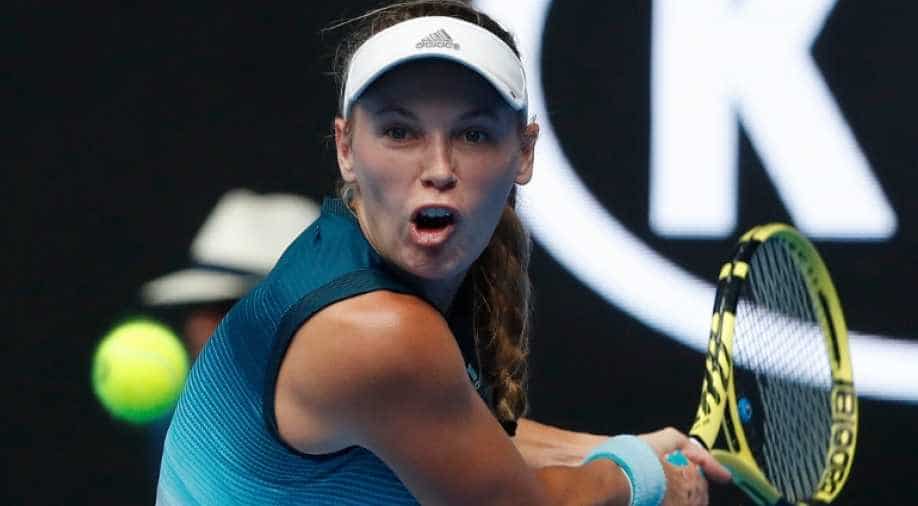 The victory sets up the potential for an enthralling third round encounter between the Dane and Maria Sharapova, who meets Rebecca Peterson in the second round.

The third-seeded Dane snuffed out a late rally from the world number 77 to win 6-1, 6-3 and continue her bid to become the first woman to defend the Australian title since Victoria Azarenka in 2013.

The victory sets up the potential for an enthralling third round encounter between the Dane and Maria Sharapova, who meets Rebecca Peterson in the second round.

Wozniacki moved freely and showed no sign of the rheumatoid arthritis that has threatened to derail her career.

"I thought I started pretty well, started aggressively, but she started making less errors and I was just trying to stay consistent," the 28-year-old said.

Wozniacki came out of the blocks quickly, leaving Larsson reeling as she conceded only two points on the way to a 3-0 lead.

The Swede regrouped from the early onslaught but Wozniacki continued to dictate terms and showed no signs of fatigue as she moved Larsson around the court during long rallies.

She wrapped up the first set in 27 minutes, pouncing on Larsson's popgun serve and coping easily when the Swede tried to put her under pressure by attacking the net, making 95 per cent of her returns.

Wozniacki's intensity eased slightly in the second set and there was a minor wobble late in the match when Larsson threatened a break.

"She started making less errors, playing it deep, coming into the net and threw my timing off a little bit," she said.

"I just tried to stay as aggressive as I could be until the and I think I served well when I had to."

Wozniacki said she felt no additional pressure coming into the tournament as defending champion and was enjoying her campaign after two straight sets wins in the opening rounds.

"It feels amazing. I felt at home straight away when I got here," she said.