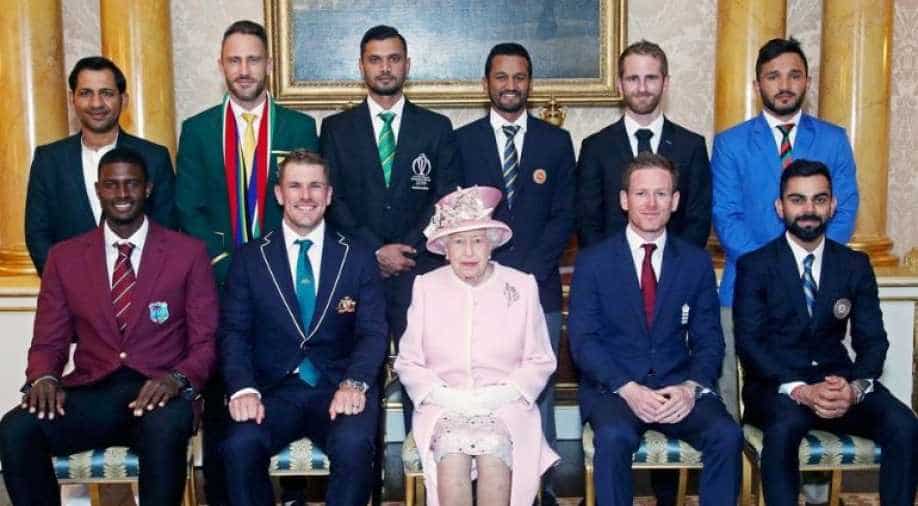 Just after the visit, the opening ceremony held at the London Mall next to the Buckingham Palace

On the eve of Cricket World Cup 2019, all the skippers of the participating countries met Queen Elizabeth and Prince Harry at the Buckingham Palace in London.

The tournament is hosted by England and Wales is scheduled to take place between from May 30 to July 14.

Just after the visit, the opening ceremony held at the London Mall next to the Buckingham Palace and from Viv Richards to Anil Kumble, many cricketing legends attended the ceremony.

During the ceremony, a unique 60-second challenge was played in which all teams were given one minute to score the maximum runs.

The Board of Control for Cricket in India (BCCI) shared the picture of the captains' meeting with the Queen. "The 10 #CWC19 Captains with the Queen," BCCI captioned one of the photos on Twitter.

The 10 #CWC19 Captains with the Queen. pic.twitter.com/cT42NfuPCv

Captains including @Eoin16 and @imVkohli met Her Majesty and His Royal Highness before joining a Garden Party at Buckingham Palace. pic.twitter.com/AjS5eZBrVH

England takes on South Africa in the opening match of the World cup today at the Oval in London.