'Can't say it's not affecting us': Kusal Perera opens about contract dispute with Sri Lanka Cricket 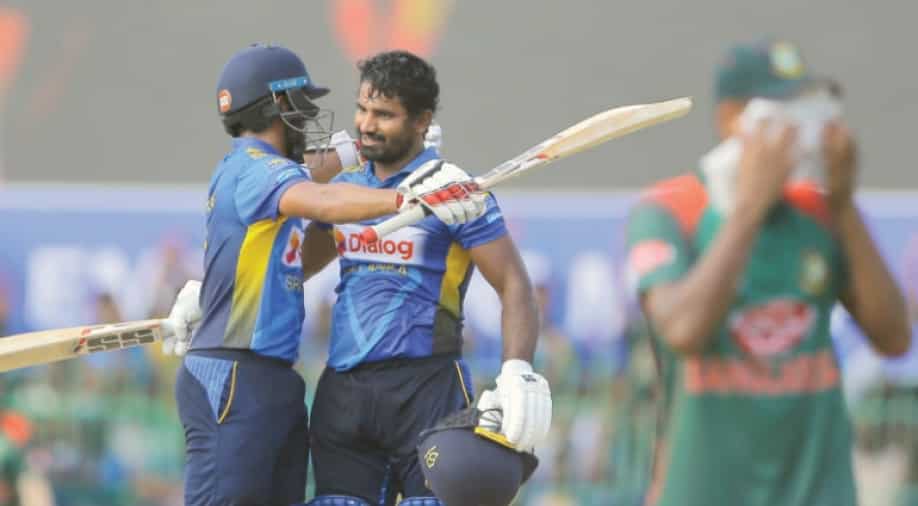 Sri Lankan team are currently touring Bangladesh and are set to play a three-match ODI series. Despite the dispute with the board, Perera assured that the players are currently focusing on the series.

Sri Lanka's limited-overs skipper Kusal Perera opened about the contract dispute with the Sri Lanka Cricket Board (SLC) on Saturday. He said that he is hoping to resolve the matter with the board.

"We do have concerns about the contracts. We can't say it's not affecting us - that would be a lie and everyone would know it's a lie. But I'm hoping we can talk to the cricket board and resolve this fairly," Perera was quoted as saying ESPNcricinfo.

Sri Lankan team are currently touring Bangladesh and are set to play a three-match ODI series. Despite the dispute with the board, Perera assured that the players are focusing on the series.

"With the contracts, we're going to come back to Sri Lanka and discuss with the board then. But before then we are just trying to think about how we will win this series," Perera said.

"What I'm trying to do is give the players confidence to go and do what they know how to do, because if they are fearful, they won't get the best out of their skills," he added.

A controversy erupted when Sri Lanka's top cricketers, including Test captain Dimuth Karunaratne, Dinesh Chandimal and Angelo Mathews, refused to sign central contracts offered by the country's cricket board citing a lack of transparency in the manner in which categories of the contract have been allocated.

Sri Lankan players issued a joint statement and said that they were “shocked and dismayed” by the SLC’s decision to go public with the specific payment details of players. “These disclosures amount to a grave security concern to each and every player,” they said in the statement.