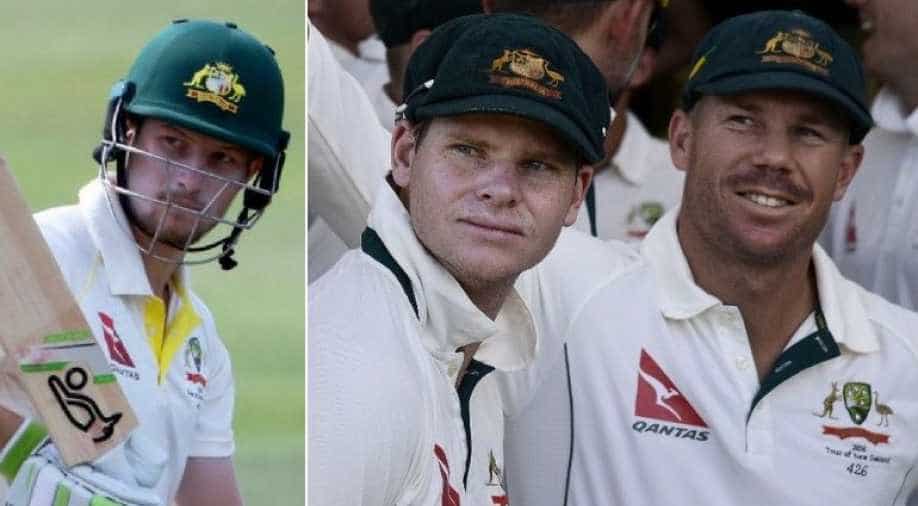 The first Test at Edgbaston starts on August 1. Photograph:( AFP )

Australia have unveiled the 17-member squad for the upcoming Ashes series, which is scheduled to kick-off from August 1

Cameron Bancroft along with Steve Smith and David Warner have been included in Australia's squad for a five-Test Ashes series against England.

Australia have unveiled the 17-member squad for the upcoming Ashes series, which is scheduled to kick-off from August 1 at Edgbaston.

All three mentioned batsmen served lengthy bans for their roles in a ball-tampering scandal in South Africa last year.

In a press conference, they had admitted that they used sandpaper to the ball while fielding during a Test in Cape Town against South Africa.

Former captain Smith and his then deputy Warner were given 12-month suspensions by Cricket Australia, with Bancroft banned for nine months.

"We have chosen 17 players as this gives us the cover and flexibility we believe we will need to ensure we are in good shape throughout a demanding schedule of five Test matches in just over six weeks," said Chairman of Selectors Trevor Hohns.

Matthew Wade and Mitchell Marsh have been recalled while uncapped Queenslander Michael Neser is a surprise selection in the pace attack.

Wade, who last played a Test in September 2017, edged out Alex Carey as the squad's reserve wicketkeeper-batsman behind captain Tim Paine.

Alongside off-spinner Nathan Lyon, all-rounder Marnus Labuschagne will serve as a second spinning option in the team.

"We have opted to select one frontline spinner in Nathan Lyon. We have faith in his ability, we know our strength lies in our pace attack and we have Marnus Labuschagne's leg-spin as another spin option as he has bowled almost 200 overs for county side Glamorgan in first-class cricket this season," said Hohns.

"We believe the squad is an excellent blend of high-quality batsmen and top-class fast bowlers, plus Nathan Lyon, who we regard as the world's best off-spinner in all conditions. It is a good mix of all the talents," he added.

Holders Australia looking to win their first Ashes series in England since 2001.