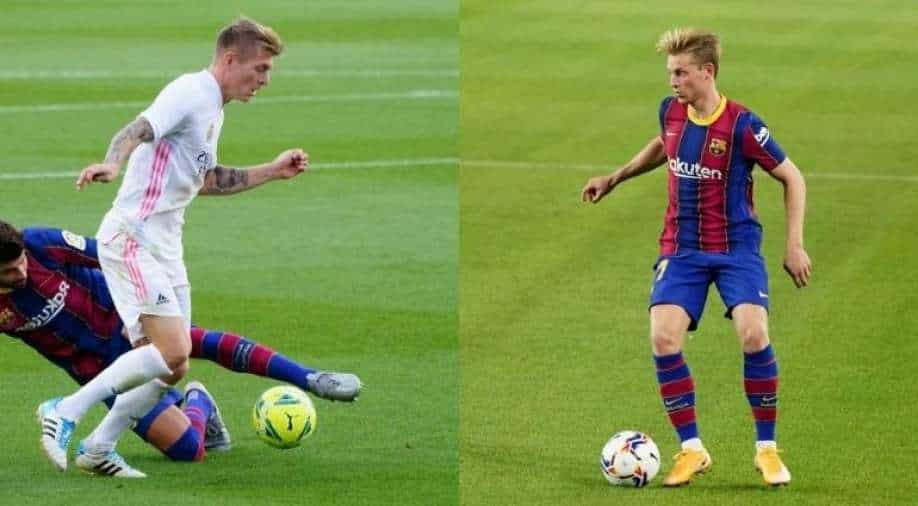 El Clasico brings together some of LaLiga Santander's best midfielders – and true trailblazers in this position – to pitch battle.

Midfielders are the leaders in the thick of the action, the craftsmen who ensure the ball follows its intended course; they're the ones responsible for making sure the team functions like a well-oiled machine.

ALSO READ: Zidane hopes there will be more Clasicos for Messi and Ramos

El Clasico brings together some of LaLiga Santander's best midfielders – and true trailblazers in this position – to pitch battle.

Toni Kroos, the most reliable midfielder

With a 93.52% pass completion rate, Real Madrid’s midfielder, Toni Kroos takes the crown as the player on either side with the best passing accuracy, nearing perfection in the 1,882 passes he has completed this season. German precision also makes him the midfielder with the best percentage of successful passes in the opposition half, with 92.29%. 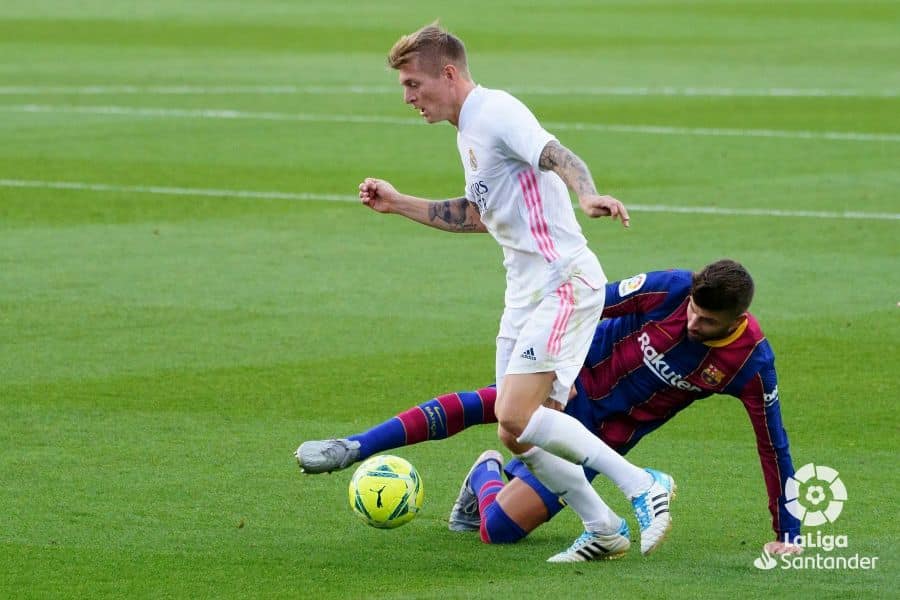 He is closely followed by FC Barcelona midfielders Frenkie de Jong, who has notched up a passing accuracy of 91.83%, and Sergio Busquets.

We know that the work of midfielders is crucial to both teams, and ElClasico may well be decided in the middle of the park. So, in addition to reliability, let's analyse some of the stats behind the midfielders turning up to the season's most anticipated face-off and determine who the leaders are in each position.

Toni Kroos, the midfielder with the most assists 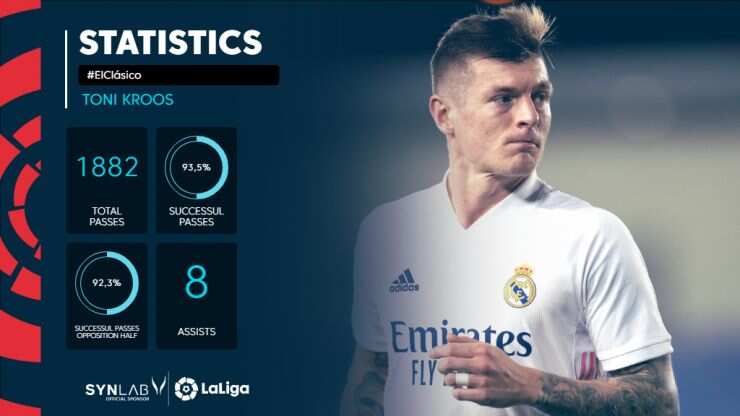 The German midfielder comes out on top again, and with good reason! We are talking about one of the biggest stars in every match Real Madrid play. He is the organizer and navigator for Los Blancos and, with eight assists, he once again not only stands as the midfielder who has set up most goals this season among the long-standing rivals but also the second-highest in assists in LaLiga Santander, along with Leo Messi and Marcos Llorente.

Frenkie de Jong, the midfielder with the most passes 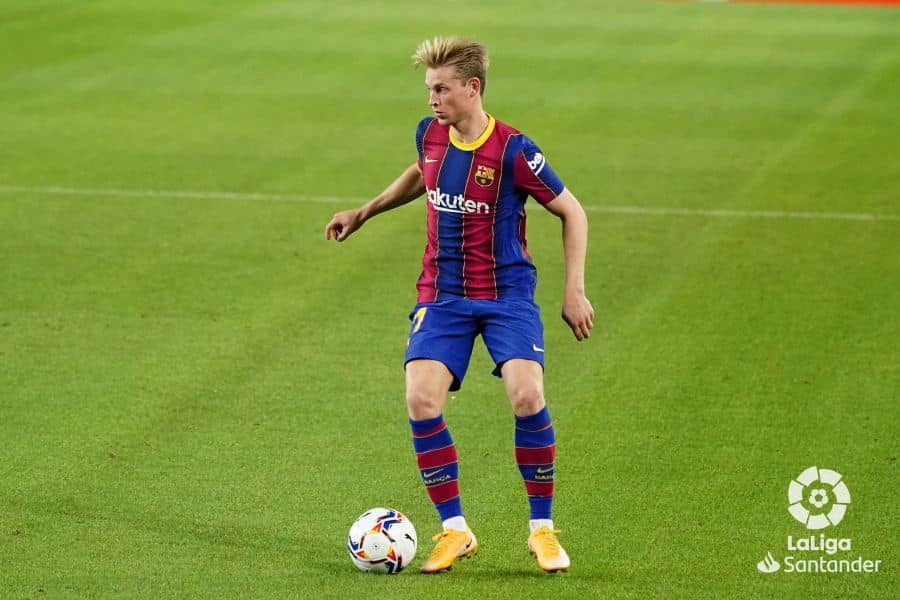 FC Barcelona's playmaker midfielder leads the pack in this position for the most passes made this season. The Dutch player has been a genuine mainstay for FC Barcelona this term, having played 2,455 minutes and completed 2,227 passes – nearly one pass per minute! An amazing achievement if we take into account the possession percentage of each team throughout the game. Despite not being a 'true' goal threat, he has scored three and produced four assists in LaLiga Santander to date.

Casemiro, the best midfielder at winning the ball back

The scales on this occasion tilt decidedly in the direction of Real Madrid, with the Brazilian positioned, thanks to winning the ball back 58 times, as the player who has regained possession the most this season between the two teams set to play in El Clasico this weekend. He also ranks second highest in winning the ball back in LaLiga Santander, behind only D. Alaves’ Ruben Duarte.

Casemiro's job is absolutely vital. With his strong defensive profile, he plays an essential role for Los Blancos not only in winning the ball back and initiating counterattacks but also as a key disruptor of the opponent's game.

Another leading stat for Real Madrid, with Luka Modric a cut above the rest among the players on either sides when it comes to dribbling. The Croatian midfielder has attempted the most dribbles this season, a total of 63, of which he has successfully completed 74.6%. He has established himself as another key cog in the centre of the pitch for Zidane’s side and is also the player who has beaten the most opponents in LaLiga Santander when running with the ball. Frenkie de Jong, with 53, takes the second position among the players with the most dribbles. In third is Real Madrid's 'Isco' with 31 attempted dribbles and a success rate of 83.87%.

But these are not the only midfielders arriving at the top of their game and ready to rumble. At FC Barcelona, young talents such as Pedri, having netted two goals, and Riqui Puig and Ilaix Moriba, with a goal each, have stealthily been developing match after match and are more than ready to form part of Koeman's starting line-up for El Clasico. In addition, the Dutch coach also has Miralem Pjanic, who has played 600 minutes this season, at his disposal.

In the opposing midfield, Real Madrid have Lucas Vazquez and Fede Valverde to complete possible line-ups for the iconic encounter on Saturday, 10 April. Uruguay's Valverde already knows what it is like to score in a match of this importance, having netted the opener in the first EL Clasico this season played at the Camp Nou.

Watch ElClasico tonight live and exclusive at 00.30 AM on Facebook Watch