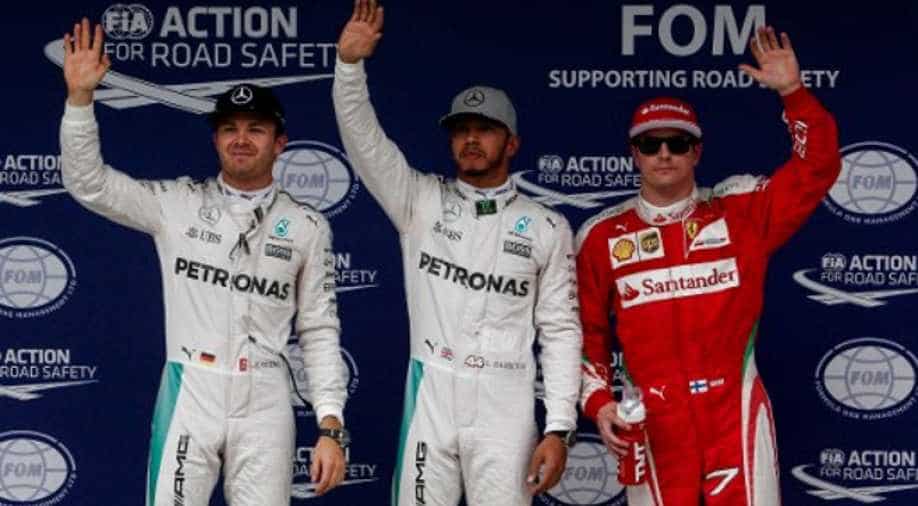 Lewis Hamilton enhanced his hopes of taking the title fight down to the wire on Saturday when he outpaced Mercedes team-mate and championship leader Nico Rosberg to grab pole position for the Brazilian Grand Prix.

The defending world champion Hamilton, who was suffering with a cold, must stop the German from winning on Sunday to take the title race to the final grand prix of the season, at Abu Dhabi in two weeks.

It was the perfect moment for the Briton to become only the third driver ever to secure 60 Formula One pole positions, behind Hamilton’s hero Ayrton Senna (65 poles) and Michael Schumacher (68).

The three-time world champion clocked a best lap in one minute and 10.736 seconds to pip Rosberg by 0.102 seconds as the pair duelled in the final seconds of a tense qualifying session.

“Honestly, I felt quite comfortable all through qualifying as I have all weekend," said a cool and calm Hamilton, despite suffering from a cold.

"Nico’s been going quicker and quicker, but I’ve generally had it covered. This is the best I could have hoped for coming to Brazil.

"It’s always been a track I’ve struggled at so I’m glad to be up there at the front."

Hamilton, who has never won in Brazil, said he was not worried by the forecasts of rain for Sunday at Interlagos.

Rosberg has one hand on his first F1 title.

He took pole and won in Brazil in 2014 and 2015 and will secure the championship at last if he completes a hat-trick of wins.

"It was exciting and it was very close," said Rosberg.

"Lewis was marginally quicker than me in the end. But that’s ok, pole isn’t always the guy who wins the race so I’m still optimistic for tomorrow.”

"Well done mate, great job,” Ferrari told Raikkonen. "That’s a surprise because the first part of the lap was no good," replied the Finn.

When his race engineer congratulated him, he added: "Thanks, I was pretty average!"

Heavy clouds had threatened rain as the Q1 session began with Hamilton heading the queue out of the pit lane ahead of Rosberg.

The Mercedes pair were soon setting the pace, Hamilton going top with a lap in 1:11.511, giving him an advantage of three-tenths on Rosberg’s first flying run behind him.

They stayed there while the rest slithered and scrapped for times, Jenson Button failing to make the cut for McLaren in a lowly 17th place.

Hamilton was out rapidly again for Q2 and Valtteri Bottas gave Williams a boost by going third temporarily before Felipe Massa, in his last home race, radioed in to say he felt that his Williams had a puncture.

The session ended in drama as the home hero failed to make the cut along with team-mate Bottas, qualifying in 13th and 11th respectively.

For retirement-bound Massa, in his 13th and final Brazil race, 13th will be the worst grid position of his career for his home event.