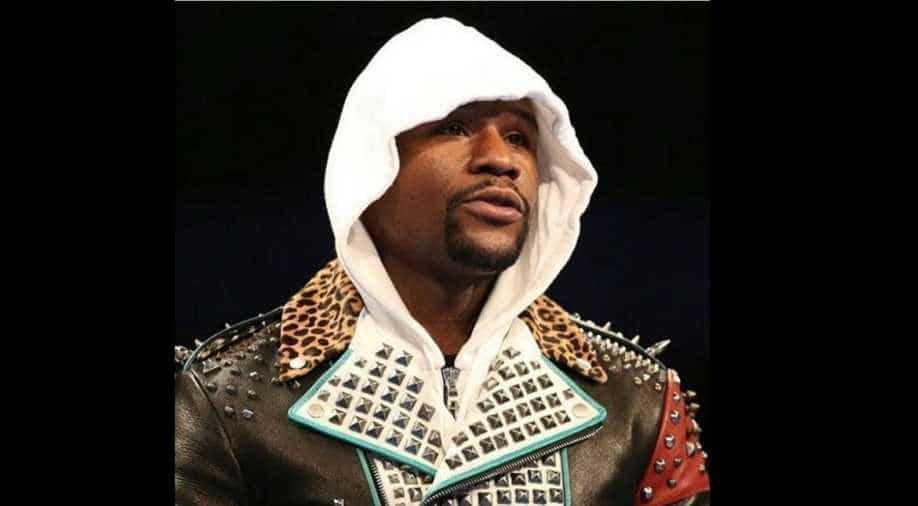 A file photo of Floyd Mayweather. Photograph:(Twitter)
Follow Us

MMA fighter Conor McGregor switched to the boxing ring to make one of the richest professional fights in history possible and now Floyd Mayweather hints he might return the favour.

Mayweather, who hasn't fought since knocking out McGregor in that boxing match last year, teased fans Friday night by posting a picture on his Twitter page of himself wearing mixed martial arts gloves and standing in a UFC cage.

Mayweather and McGregor's cross-combat fight in August failed to live up to the hype in the ring as veteran Mayweather easily outpunched the inexperienced McGregor, but it did well at the box office.

It is the second time this week Mayweather has teased his fans with the idea. Earlier this week he posted a video on Twitter and Instagram of himself shadow boxing in a cage.

Come at the king, you best not miss... pic.twitter.com/uHx4SJngHx

Mayweather's August fight with the Irishman was supposed to be his last as it secured his perfect 50-0 record. But the American has retired several times only to negotiate "comeback" fights for bigger paydays.