Blog: If cricket is a religion, then Sachin is its god 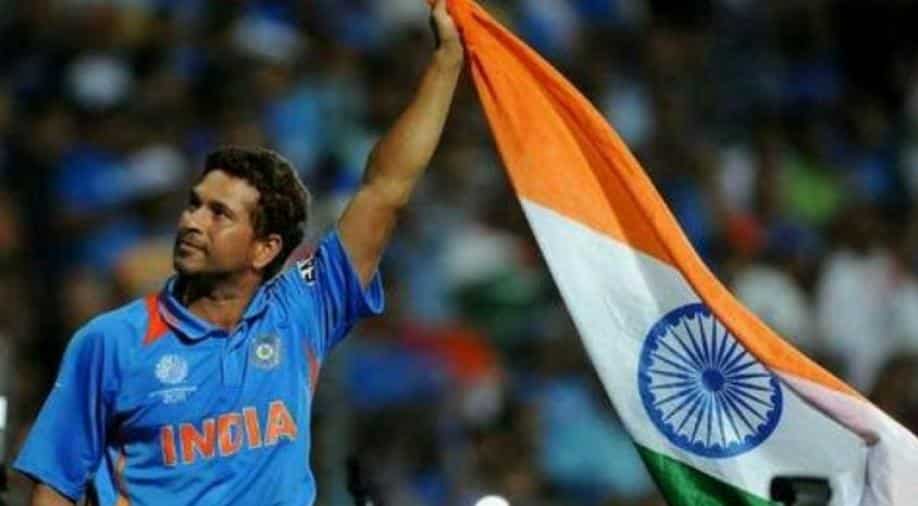 There used to be the regular advertisement on TV a few years back, which says it all. In this advertisement, umpire rules Sachin out and then a line is flashed ‘one raised finger can break a billion hearts’.

As the great man turns 45 today, I fondly recall that how true that advertisement was. For years together (or say decades), the umpire’s raised finger ruling Tendulkar out was no less than a national calamity for the Indians. This one raised finger had the power to turn a noisy billion people into the utter quiet.

Shane Warne has described this phenomenon in his book quite nicely “the only thing which Tendulkar knows for the past 20 years is pressure. The pressure of expectations of a billion people”.

When I walk down to memory lane while recalling my idol, I go back to 1986-87, when I first heard of Sachin. It was ‘Eyecatcher’ column of ‘India Today’ after his record-breaking monumental partnership with Vinod Kambli in school Cricket.

Then I recall his swashbuckling ton in Irani trophy during the first week of Nov. 89 just before the team for the tour to Pakistan was announced. With this century 16 years old Tendulkar made it clear that he was all set for the national duty and he was picked for the series in Pakistan.

The journey which started in 1989, continued for 24 years and by the time he hanged his boot in 2013, Tendulkar had become an enigma, a legend beyond any heights and imagination.

All through his career, he was the epitome of dedication, discipline and his pure willpower. He would know that how to rise to the occasion when the situation was adverse.

I remember that during that tour to Australia in 2003-04, Sachin was having a problem playing away going deliveries and he was nicking the ball while trying to play the cover drive. And guess what he did in the last match at Sydney. He simply did not play a single cover drive, which actually is bread and butter for a batsman. He went on to score magnificent 241 not out in the first innings and scored 60 not out in second innings.

He always realised that he meant for the nation. In 2003 World Cup, India put up a poor show in first two matches. There was serious outrage back home in India. Tendulkar realized that and he himself assured the nation that team would not let the fans down.

He kept his words

India played outstanding Cricket from third game onward with Sachin being the leading scorer at the top of the order. India won eight games in a row before losing to Australia in the final. Tendulkar who was the overall top run-getter in the World Cup scored one century and five half-centuries during the tournament.

Tendulkar had guts to take the tough call. In 2000, when he was not even 27 years of age, he realised that captaincy was not his cup of tea he gave that up. He played for last 13 years as a player. He played under Dhoni, who was just eight years old when Tendulkar made his debut in 1989. But you ask Dhoni and he would tell you that Tendulkar never threw his weight on Dhoni. He was as dedicated a solder as a newcomer under Dhoni.

That was his class actually. People were awestruck to see how he used to toil on the net even in last year of his career. Even after scoring 15000 international runs, Tendulkar would run between the wickets as if a debutant his running for his first run or for his first century.

Tendulkar commanded all round respect from the fraternity. Opponent knew that how fatal Tendulkar could be. In a World Cup match against Pakistan in 2003, a difficult catch was dropped by a Pakistani fielder. Wasim Akram was livid. He told the fielder "do you know who have you just dropped he will not give you second chance”. Akram was spot on Tendulkar scored 98 in just 75 balls and sealed the match.

As the great man turned 45 today, we bow in sheer respect.

Would sum this up with a famous quote of Australian batsman Matthew Hayden about Sachin “I have seen the god. He bats at number four for India”.