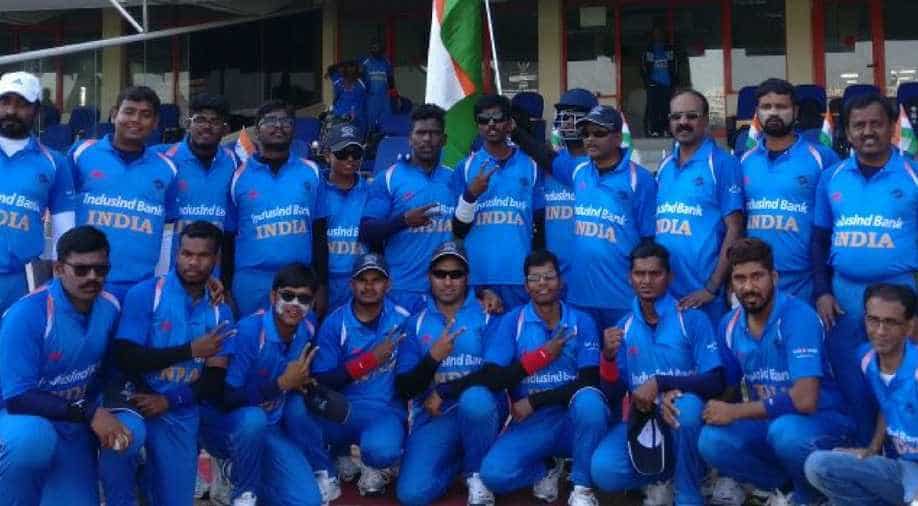 Defending champions India will aim to retain Blind Cricket World Cup trophy when they take on arch-rival Pakistan in the summit clash here at the Sharjah Cricket Stadium on Saturday.

Earlier, the 'other men in blue' defeated Bangladesh by 10 wickets at MCC Ground Ajman in the group stages.

In the match against Bangladesh, both Indian openers slammed a century and led the team to a huge victory with more than 20 overs to spare.

With this victory, dominant India had reached the semi-final. Indian bowlers played exceptionally well, they took early wickets and restricted the opponents at a  lower total of 156b runs.

In the semi-finals, India had beaten Bangladesh by 7 wickets to reach finals.

Pakistan, on the other hand, had qualified for the finals after thrashing Sri Lanka by 156 runs in the semi-finals of the tournament on Wednesday.

Going into the finals, India has an upper-hand as they had already beaten their arch-rivals Pakistan by seven wickets in the group stages.

India, who are considered as the favourites to retain their title, have remained unbeaten throughout this tournament.