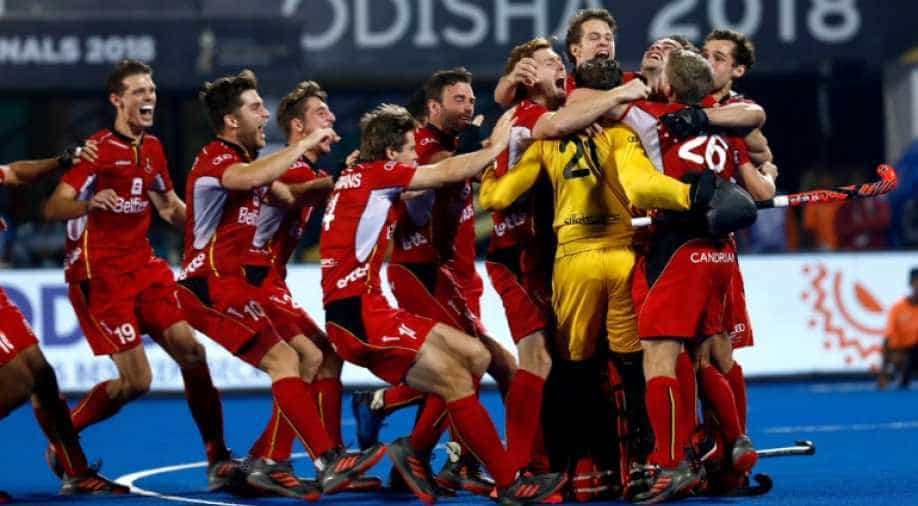 This is the first time Belgium have won the Hockey World Cup. The two teams played out a goalless draw in regulation time.

As both teams failed to score in the regulation time followed by a penalty shootout which also ended with a score of 2-2, Belgium reached its first World Cup final after defeating three-time champions Netherlands 3-2 via sudden death.

The Belgians started celebrating after Arthur de Sloover netted in their fifth chance in the penalty shootout, which they thought had ended 3-2 in their favour. But the goal was disallowed after the TV umpire found that the ball hit his foot.

The game had to resume.

In the sudden death, Florent van Aubel scored for Belgium and the Netherlands’ Jeroen Hertzberger missed. Belgium celebrated again and this time for real.

Earlier, Belgium and the Netherlands played out a goalless draw in regulation time.

The Dutch had two penalty corners within the last three minutes of the first half but couldn’t score off them.