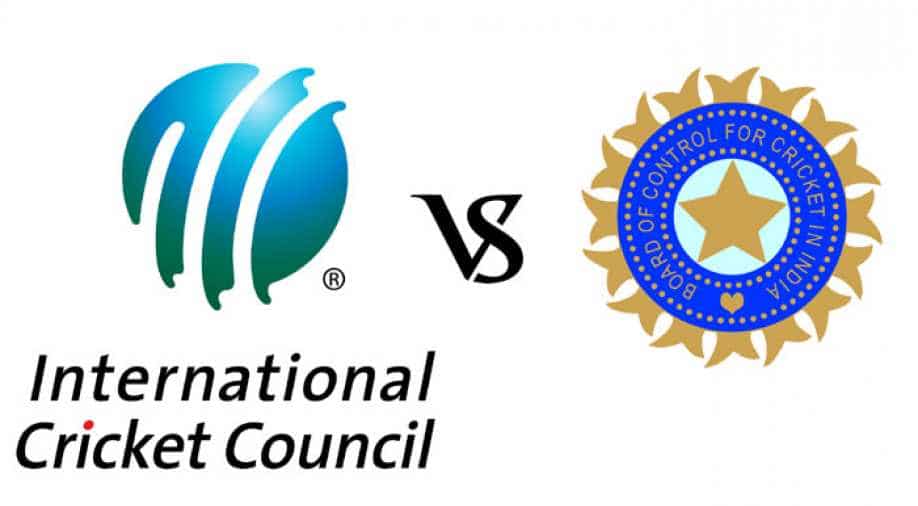 The Indian cricket administration's defiance is being viewed as their way of thumbing their nose at ICC's revised revenue-sharing model. Photograph:( Zee News Network )

According to Hall's mail, BCCI is not adhering to timelines on committing to tax exemptions as per the agreement.

India's decision exempt tax for future global cricketing events has created discord between the ICC and the BCCI as the Indian cricket board gears up to host 2021 T20 World Cup and 50-over World Cup in 2023.

According to an ICC spokesman, both governing bodies are trying to figure out a solution. He said: "The ICC and BCCI have been working in partnership to address the issue of tax exemptions for ICC events that is a requirement of the host agreement signed by all parties at the beginning of the cycle in 2015 and this work is ongoing."

"There are certain timelines within the agreements that we collectively work towards to ensure we can deliver successful world-class events and continue to invest in the sport of cricket."

"In addition to this the ICC Board agreed to clear timelines for the resolution of the tax issues which we are guided by," the spokesperson added.

ICC chairman and chief executive have been in touch with BCCI  President Sourav Ganguly and secretary Jay Shah, but a mail by ICC’s legal head Jonathan Hall has upset the BCCI.

According to Hall's mail, BCCI is not adhering to timelines on committing to tax exemptions as per the agreement.

“The tax structure is not decided by the BCCI but by the Indian government. It is our government that decides whether the exemption will be possible or not. For the record, Formula One also wasn’t given tax exemption,” a senior BCCI official told PTI.

Usually, ICC looks for an exemption on the excide duties imposed on importing TV production equipment and ticketing. But the sports channel that has rights for India's home matches is also set up in India.

“We understand that as the nomination process of new ICC chairman starts on Tuesday, suddenly there has been a flurry of communication. You can rest assured that T20 World Cup in 2021 and 2023 ODI World Cup is going nowhere. As far as the timeline is concerned, we had told ICC that unless lockdown is lifted, we can’t have discussions with government officials,” the influential member told PTI.

The tax issue also finds a mention in CoA document dated back to July 6, 2019, during when BCCI's legal team were in touch with a British law firm as legal cases related to ICC falls under the UK law.