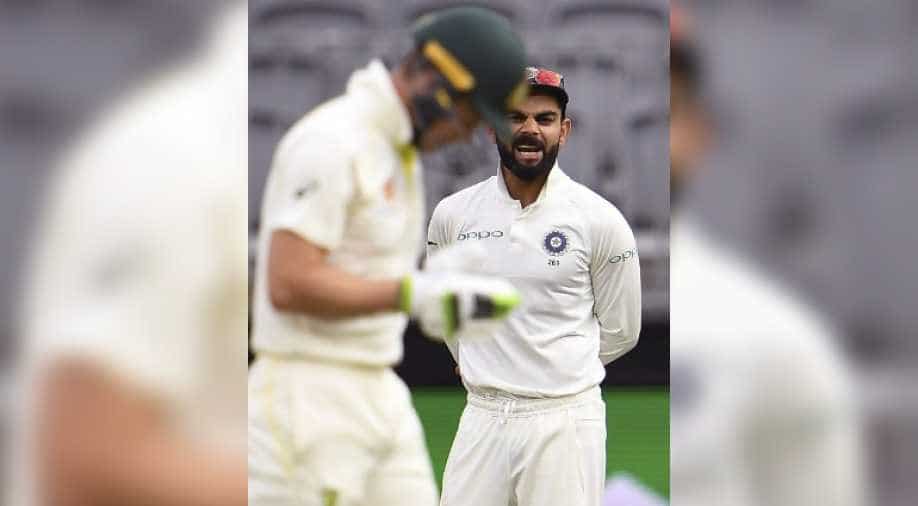 The two captains were consistently involved in banter during the match but both insisted that no line was crossed.

The Indian cricket board (BCCI) Tuesday rubbished media reports in Australia which claimed that captain Virat Kohli bragged about being the best batsman in the world while ridiculing Tim Paine during the second Test in Perth.

The two captains were consistently involved in banter during the match but both insisted that no line was crossed. Reports in Australia claimed that the world's No.1 Test and ODI batsman boasted about being the best in the business during the showdowns.

The BCCI came out in support of Kohli, saying the statement attributed to Kohli was just hearsay and he never bragged about himself.

"It is 'assumed' that Kohli said, 'I am the best player in the world and you are just a stand-in captain'. These claims were based on hearsay and the BCCI would like to bring into notice that no such words were spoken on the field by the Indian captain," BCCI said in a statement.

"The BCCI got a clarification from the team management about the incident and would like to classify the reports as baseless."

With the banter reported by the media on the last two days of the match, Kohli faced questions on the issue but he said no one crossed the line.

"As long as there is no swearing on the field, and there's no personal attacks, the line doesn't get crossed. That's it!. But look, in the competitive spirit, it stays on the field. I am not going to go into details but to be honest it's not of importance for me to speak on and it's something that's done," Kohli said after India lost the Test by 146 runs.

Paine also insisted that things never went out of hand.

"It was a highly competitive Test match from both teams. There's a lot on the line and both teams desperately want to win and sometimes that stuff happens" Paine said during the post-match press conference.

"It was just two competitive cricketers trying to do their best to win the game," Paine said.