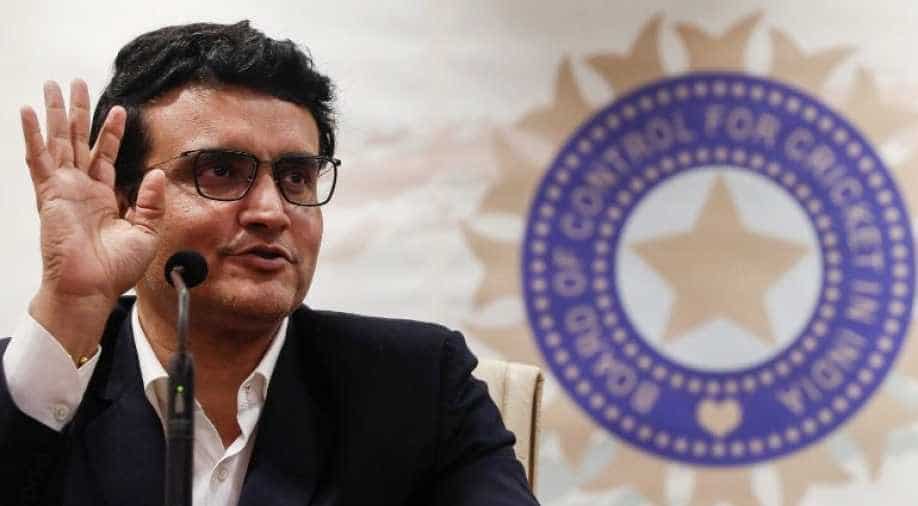 FILE PHOTO: Former Indian cricketer and current BCCI (Board Of Control for Cricket in India) president Sourav Ganguly reacts during a press conference at the BCCI headquarters in Mumbai Photograph:(Reuters)
Follow Us

According to reports, he felt dizzy when he was in the gym and he went to Woodlands to get the Tests done.

BCCI President Sourav Ganguly has been admitted in the Woodlands Hospital on Saturday after suffering a minor cardiac arrest, as confirmed by the hospital.

According to reports, he felt dizzy when he was in the gym and he went to Woodlands to get the Tests done. That’s when it came to light that there was a cardiac issue and the hospital has now created a 3 member board with Dr Saroj Mondal who will perform the procedure.

Ganguly is kept in the Intensive Care Unit (ICU) and is currently stable. BCCI prez is undergoing angioplasty.

Dr Rupali Basu, who is the MD and CEO of Woodlands Hospital, released a statement that read: "Mr Sourav Ganguly, 48 years old, President BCCI, former Captain of Indian Cricket team and eminent personality suffered from chest discomfort while doing treadmill at his home gym. He had family history of IHD ØE Ischemic heart disease. When he came to the hospital at 1 pm, his pulse was 70/min, BP 130/80 mm of Hg and other clinical parameters were within normal limits."