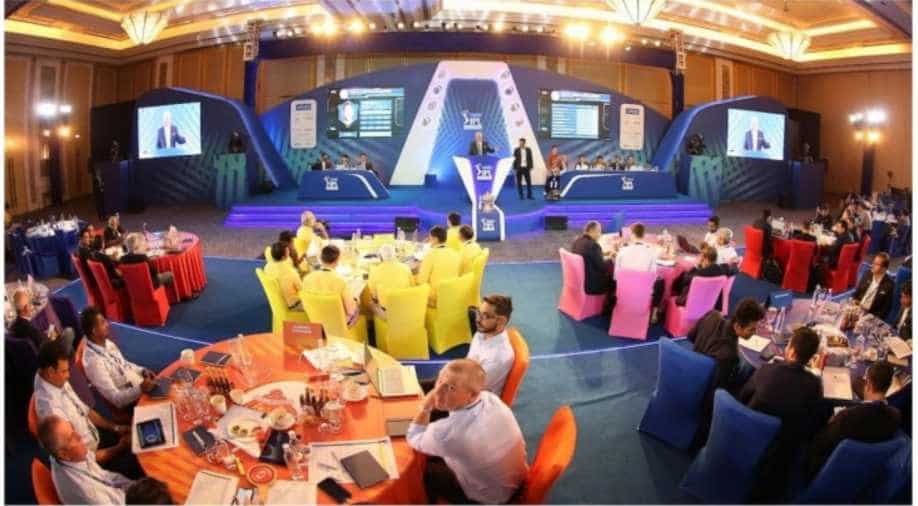 IPL 2021 auction to be held on February 18 in Chennai Photograph:( Twitter )

The mega auction slated to be held before Indian Premier League (IPL) 2021 is set to be postponed.

Usually, franchises need four to five months to prepare their strategies ahead of IPL auctions but with IPL 2020 which will be held in September to November and the next edition possibly starting in around March-April 2021, the teams don’t have enough time to prepare for the event as a mega auction can determine their fortunes for the next three-four seasons.

As per a report in the TOI, the BCCI is planning to scrap the mega auction and the franchises would continue with their current roster.

"What's the point in doing a mega auction now and not have enough time to plan it properly? IPL might as well go ahead and finish the 2021 edition of the tournament and then see how it wants to go about," a source told TOI.
Given the gap between IPL 2020 and IPL 2021 is around five months, franchises have reportedly agreed to the idea of no IPL.

Meanwhile, for the IPL 2020, the franchises are set to leave for the UAE after August 20 and many teams have started assembling before flying out of India. The BCCI has already issues the SOPs to all the franchise with the tournament all set to commence from September 19.