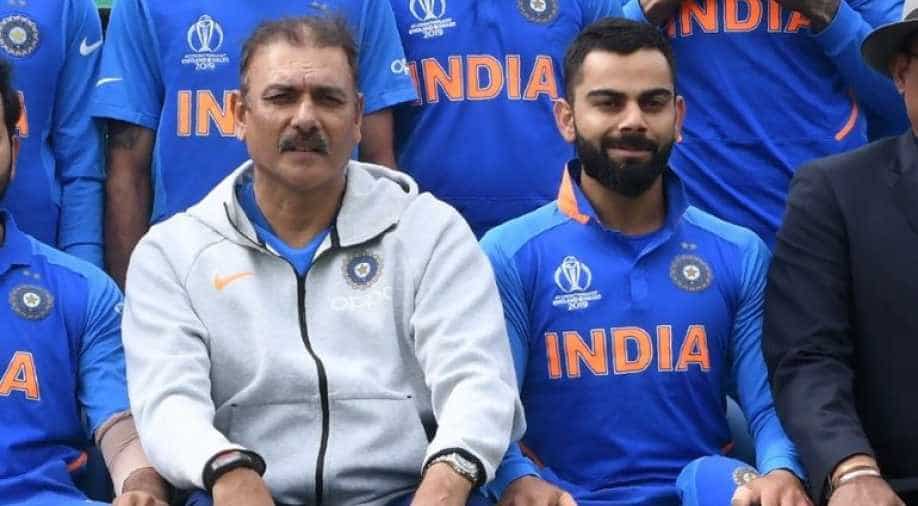 Former India all-rounder Shastri was appointed in 2017 and succeeded former captain Anil Kumble, who stepped down after falling out with skipper Virat Kohli

The Board of Control for Cricket in India (BCCI) on Tuesday invited applications for the position of the head coach and support staff for the men's side, with incumbent Ravi Shastri and his team given automatic entry in the recruitment process.

Former India all-rounder Shastri was appointed in 2017 and succeeded former captain Anil Kumble, who stepped down after falling out with skipper Virat Kohli despite a successful run while in charge of the team.

The contract of the current coaching staff is set to expire after the tour of the West Indies starting August 3, where India play three T20 internationals, three ODIs and two tests.

In a statement, the BCCI said it was inviting applications for the positions of head coach, batting coach, bowling coach, fielding coach, physiotherapist, strength and conditioning coach as well as an administrative manager.

Under Shastri's guidance, India won a maiden test series in Australia earlier this year and are ranked number one in the world in the format.

They also reached the semi-finals of the 50-over World Cup where they were beaten by eventual runners-up New Zealand.