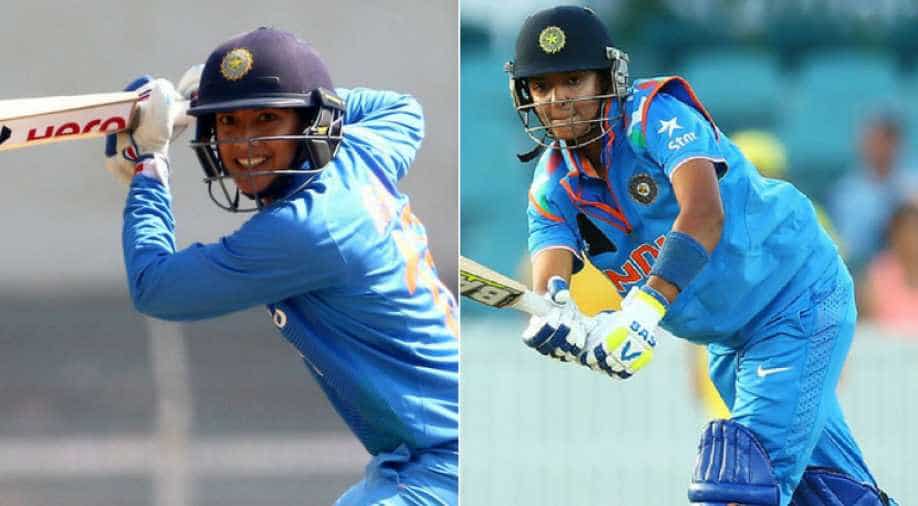 The match will be played ahead of the IPL 2018 qualifier 1 on May 22 at the Wankhede Stadium. Photograph:(PTI)
Follow Us

The Board of Control for Cricket in India (BCCI) on Thursday announced the 13-member squads for the Women’s T20 Challenge match to be played ahead of the IPL 2018 qualifier 1 on May 22 at the Wankhede Stadium.

The contest will pit IPL Trailblazers, captained by Smriti Mandhana, against IPL Supernovas, to be led by Harmanpreet Kaur.

The one-off match will feature 26 players, including 10 international cricketers from Australia, England and New Zealand.

As per reports, Australia captain Meg Lanning has recovered from her injury and is set to be a part of the Supernovas which also features England’s Danielle Wyatt, Mithali Raj, Ellyse Perry, Veda Krishnamurthy.

Taniya Bhatia will be the wicketkeeper for Supernovas.

On the other side, India’s left-handed opener Mandhana will lead the Trailblazers which has key members including Alyssa Healy (wicketkeeper), Suzie Bates, rising Indian sensation Jemimah Rodrigues and highest wicket-taker in ODIs Jhulan Goswami.

Committee of Administrators (CoA) member and former India captain, Diana Edulji had said at the time of announcement of the captains, “We are excited to announce the first-of-its-kind exhibition match involving our women cricketers. BCCI has been pulling out all stops to promote and nurture women’s cricket and this is a small yet significant step towards a prospective league involving women’s stars in the future."

"The IPL is the biggest and most popular league in the world and it has been a long-time endeavour to have a women’s league that can match the exuberance of IPL," she added.