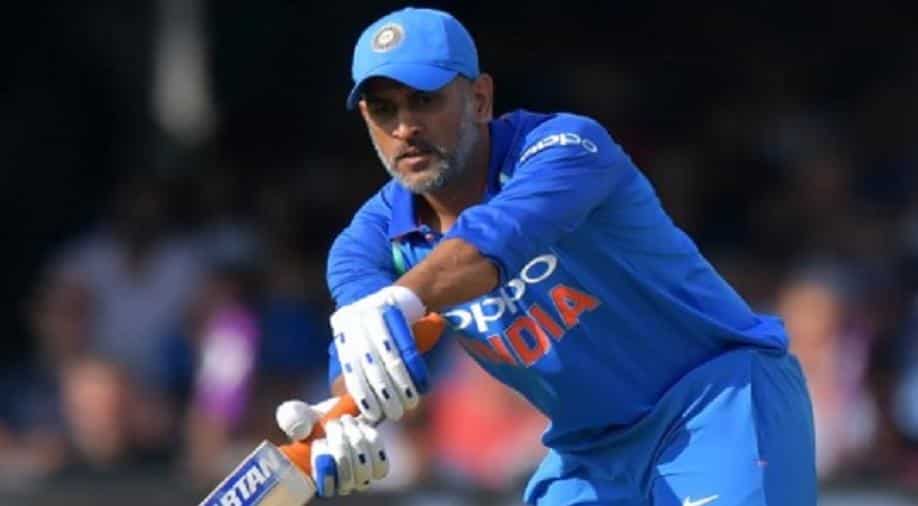 In the other major decision, skipper Virat Kohli was rested from the T20 series against the West Indies.

Mahendra Singh Dhoni was on Friday dropped from India's Twenty20 squad for the home series against the West Indies and the crucial away assignment against Australia, signaling a possible end to his run in the shortest format.

In the other major decision, skipper Virat Kohli was rested from the T20 series against the West Indies and Rohit Sharma named the stand-in captain of the side after a late-evening meeting of the MSK Prasad-led selection committee here.

The committee said that Dhoni, the 2007 World T20-winning skipper, has been "rested" and India is now looking to fill in the second wicketkeeper's slot.

But when asked if Dhoni's career in T20s is over, Prasad said, "Not yet".

"We want to try out other keepers for the second keeper's slot," said Prasad.

The two keepers in the two T20 squads announced Friday are Rishabh Pant and Dinesh Karthik. The three T20s against Australia will get underway from November 21, followed by a four-Test series and three ODIs.

With Dhoni playing only seven T20Is this year and India's next ODI assignment only in January against Australia, the former captain won't be getting any domestic matches with both Vijay Hazare and Deodhar Trophy already over.

The 37-year-old, despite being a sharp planner and a safe and agile hand behind the stumps, has been struggling to finish matches with the bat, something that came naturally to him at his peak and made him a modern legend.

The decision to "rest" Dhoni might just be the first sign of selectors trying to phase out the maverick former captain in at least one format. A veteran of 93 T20Is, Dhoni has 1487 runs in the format at a strike rate of 127.09.

The only T20Is left in the next six months is a three-game series against New Zealand, which is scheduled in February.

In some of the other decisions, Murali Vijay has been brought back in the Test squad for Australia along with the fit-again Ishant Sharma.

"Vijay went back and performed and considering the intensity of the series we have brought him," Prasad said.

Rohit Sharma has been included as an additional batsman in the Test squad and he makes a comeback after being dropped for indifferent form in South Africa.

"With regards to Rohit, he is a good back-foot player and his game is much suited in Australia," said Prasad.
Another significant comeback in the Test side is Parthiv Patel as the second keeper alongside Pant.

"Parthiv was not picked for Afghanistan Test and subsequent England series. He played the Duleep Trophy and whatever matches that happened, he batted well. It's an intensive series (in Australia) and we have called him back," reasoned the chairman.

In the limited-overs set-up, left-arm spinner Shahbaz Nadeem received his maiden call-up for the T20s against West Indies.

Fit-again batsman Kedar Jadhav, whose omission from ODIs came under the scanner, has been brought back for the fourth and fifth ODI.