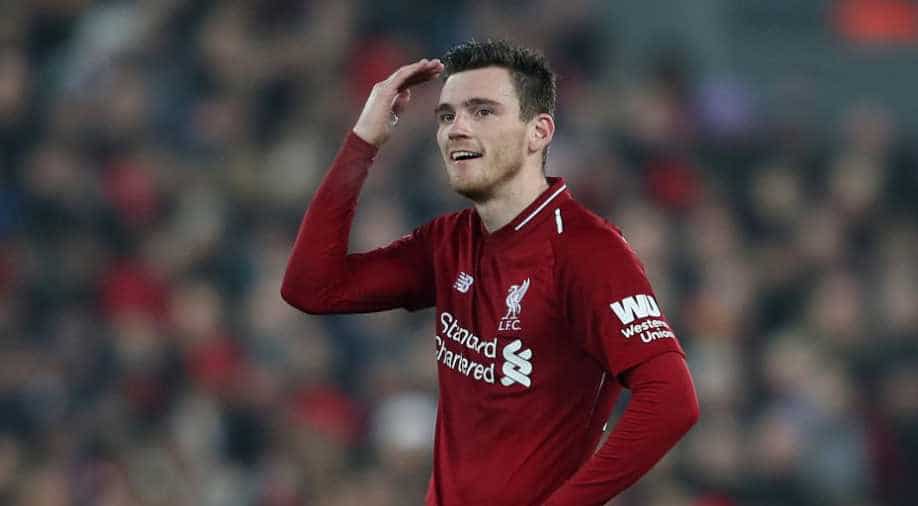 Liverpool were held by Bayern in the first leg of their last 16 clash , leaving the teams with all to play for when they meet again in Munich on March 13.

Liverpool defender Andy Robertson feels his team's goalless home draw with Bayern Munich can be crucial to their hopes of qualifying for the Champions League quarter-finals though he reckons the German side will be happier with Tuesday's result.

Liverpool were held by Bayern in the first leg of their last 16 clash, leaving the teams with all to play for when they meet again in Munich on March 13 and Robertson said last season's runners-up must be more clinical in front of goal to progress.

"Of course they'll be happier with a clean sheet but a clean sheet at home in the Champions League is so crucial," left back Robertson told Liverpool's website.

"We know that when we go over there one goal counts as a wee bit more than that, and if we can grab one then they have to score two at least.

"These are all things that come into play and with the chances we've got, if we can be a bit more clinical we believe we can score over there."

Robertson said Liverpool must temporarily put that match on the back-burner, with a potentially tough test in the Premier League on Sunday when they travel to Old Trafford to play their in-form arch-rivals Manchester United.

"It's a long way away now and it needs to get put to the back of the mind because we've got big Premier League games coming up so Bayern are forgotten about for just now."